Disclosure :: we have received many inbound questions regarding permanent birth control. We are excited to bring you information – as told by a local dad AND our sponsors at Touro – on vasectomies and what you can expect if you are considering this procedure.

Before I start this post I need to mention how much I love my children. I always knew I wanted children, but it wasn’t until I became a father that I learned the extent of the joy and fulfillment that they would bring to my life. There is nothing that I would trade or change about any of my kids. That being said, when I was done having kids, I was DONE!

I was done with the screaming, the diapers, the tantrums, the puke (apparently I am a puke magnet. My daughter has thrown up a lot, and 90% of the time it is on me – seriously). I was done with the sleep deprivation torture techniques that these kids so clearly exited the womb with. The assault on our house, electronics and minds has been relentless, so after number three we decided to close the baby making factory for good, with fear that the fourth might be born with a match and gasoline to finish the job the others started.

The deal that my wife and I always had was that she would take care of the birth control initially, and when the time came, I would be responsible for permanent birth control. In order for her to get her tubes tied it would be a much more invasive procedure with a longer recovery time, so it was time for me to step up. 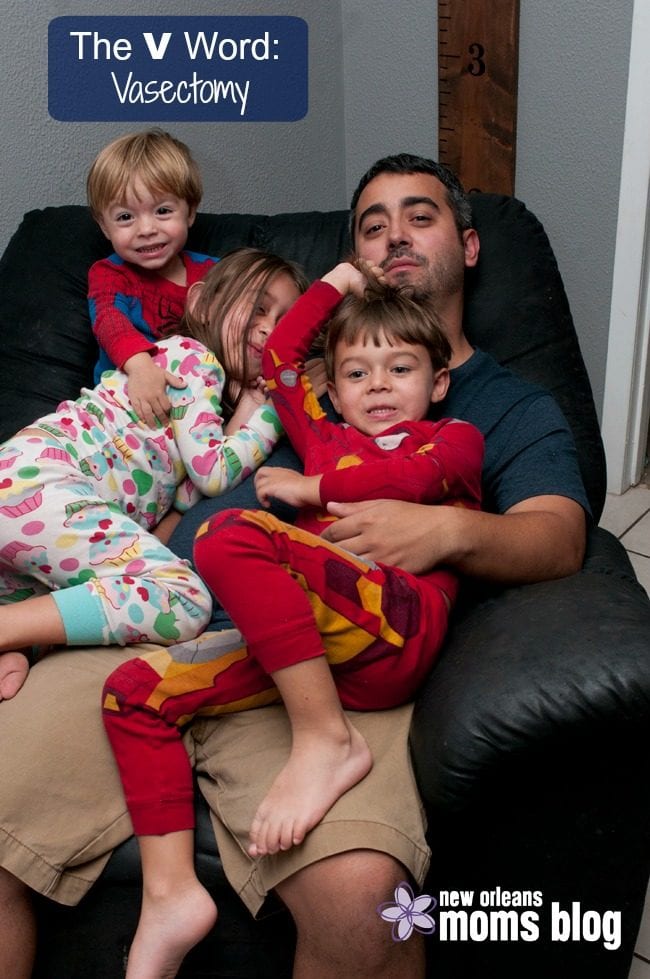 During pre-op my doctor explained in detail what was going to happen the day of surgery. It sounded terrifying, but not as terrifying as the prospect of baby number four. He claimed recovery would be quick. Apparently, some men have the procedure done on Friday and are back at work doing manual labor on Monday. At the end of the appointment the doctor wrote me a prescription for 3 Valiums to take the morning of the procedure; I was thrilled because I figured he knew I was nervous after talking about cutting into my manhood, but I was wrong.

Apparently during the appointment I missed a key part: I would be awake for the surgery. AWAKE.

Those 3 Valium suddenly did not seem like nearly enough. Now, I’m sure none of you have read my post about my wisdom tooth extraction, and there’s a good reason why: I was knocked out. I don’t remember the drilling and pulling … just like I shouldn’t remember this.

The days leading up to my surgery were filled with encouraging comments from my guy friends that I was being castrated, neutered and wasn’t going to be a man anymore. I really don’t know how I would get through life without those guys supporting me and having my back. And of course the night before I had a panic attack; what if something went wrong? This isn’t an arm or a leg; I actually need this. That is when those Valiums would have come in handy.

The Day Of My Vasectomy

The day had arrived, and a close family friend came to watch the three children who had made this a neccesity. On the ride to the doctor’s office I was pretty out of it from the medicine. My wife stopped to get a coffee and a magazine, and I was falling asleep in the car. However, that did not quell my nerves nearly enough. By the time I was called into the back for my procedure, the nurse asked me if I wanted to reschedule because I seemed too panicked (she was right). I told her it was now or never.

From start to finish, the procedure lasted less than 30 minutes, and it was much more difficult mentally than physically. The recovery, however, was harder than I expected. The “three day recovery time” was about a week. While I was able to walk, I was definitely sensitive in 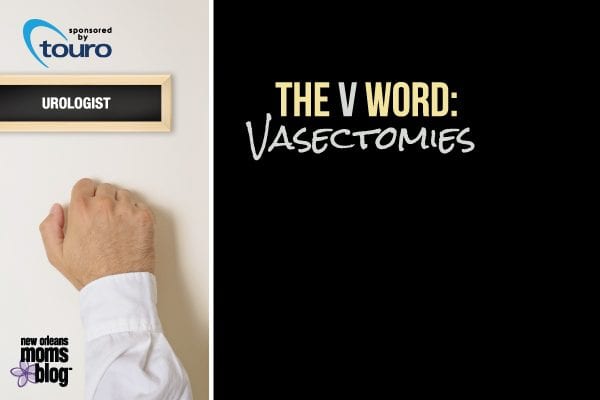 that entire region. Bags of frozen peas, snug briefs and pain pills became my new best friends. After that first week I started to forget that anything had happened. With the exception of the occasional ghost pain, I was back to normal.

Did the surgery suck? Yes, it did. Was it painful? Yes, it was. Would I do it again? In a heart beat. It was a nessecary evil, if you will. My wife and I decided our family was complete, and in order to ensure we didn’t have anymore unplanned pregnancies, someone had to do something permanent. Although a vasectomy was daunting, we knew it would be easier on me than a tubal would be on my wife, so it was the obvious choice.

Vasectomies :: What to Know, Medically Speaking (As Told By a Touro Urologist)

Vasectomy is a long-term, low-cost choice of contraception. It should be considered a permanent form of sterilization that removes the risk and uncertainty of unintended pregnancy. It is 99% effective when properly performed.

The procedure is usually performed in our office with the patient pre-medicated with valium. It may also be performed in the operating room if anesthesia is required or requested. Local anesthetic is administered before a very small opening is made in the scrotum. A small section of the vas deferens is cut and may be removed. This generally takes about 15 minutes.

Discomfort after the procedure is generally mild and is usually managed with bed rest, NSAIDs and an ice pack. I recommend at least one day of bed rest and 2-3 days of light activity. Complications associated with vasectomy include bleeding and infection. It is important to understand that the patient is not immediately sterile after the procedure as sperm is present above the area where the vas deferens was ligated. The patient’s semen is examined by me under a microscope to be absolutely certain that no sperm is seen in the ejaculate. Once sterile, no follow-up semen examinations are required. 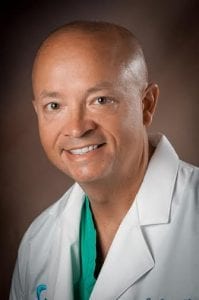 Dr. Ewing is a board-certified urologist who graduated from Louisiana State University School of Medicine in 2000. He completed his residency at the joint LSU/Ochsner Urology Residency Program in 2005. He is board-certified by the American Board of Urology. Special clinical interests include men’s health and performance, erectile dysfunction and kidney stones. His professional society memberships include the American Urological Association and the Sexual Medicine Society of North America.