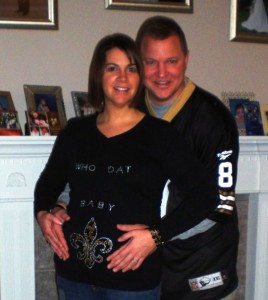 Choosing a name for your children is, no doubt, serious business. It’s one of those major decisions that can’t be taken lightly; after all, it’s something your child will carry for the rest of his or her life. I’m pretty sure most of our readers would agree that this process was no easy matter. Amazingly enough, by the end of six or seven months, babies can respond to their own name, so I sure hope he/she likes it or learns to love it and not legally change it!

Things to consider when choosing a name

With so many things to consider, should we just write down our favorites and pick one out of a hat so we can keep our sanity?! 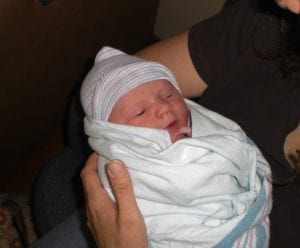 When I was pregnant with my first child, we decided not to find out the gender. This made it difficult for me and my spouse because we had to agree on both a boy and girl name. His list of boy names included Brady, Drew, Peyton and Eli…can you establish the pattern of famous NFL quarterbacks? For a girl, miraculously, we agreed on Sadie (after my great grandmother) and middle name, Camille (after my grandmother, his great grandmother and his great aunt). For my 31st birthday, when I was 23 weeks pregnant, we went to the Saints/Cowboys game in New Orleans with another couple. As we were riding to the game, the name debate came up. Greg told them his list of boy names, and my friend suggested we go with the third Manning brother, Cooper. I said it aloud: “Cooper Kelly” and we used Gregory as his middle name after his daddy. We both knew that was the name for our boy. Problem solved! I must not have taken into consideration if it rhymed with anything silly, POOPER COOPER, but hopefully no teasing will come of his name once he goes to school. 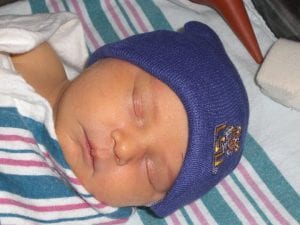 For my second pregnancy, we agreed not to find out gender. Here we go again! This time around, we settled on the boy name right away, but I’m not sharing in case there are any name stealers that may be reading this! For a girl, we still liked Sadie Camille, but did I forget to mention Sadie was the name of our big black Labrador? This played out in my head: Cooper yelling at his sister, “Mom and Dad loved you so much they named you after the dog!” So, moving on, we both had family ties to Camille, and we stuck with that and gave her Suzanne for a middle name, after my mom. I can’t think of anything bad that rhymes with Camille so I’m calling this a win!

There are numerous ways people decide on their baby names. NOMB Contributor Amber found the name for her son, Nathaniel, while reading the Bible. Andie and her husband had the name Andrew picked out before they even got married. They liked it because it was classic and not overly common or trendy, plus Scott loves to fish, and St. Andrew is the saint of fishermen. For Karen, having always loved the name Wesley and living close to the city of Weston, it became the only name they agreed on, slightly different and unique. Linzy and her husband chose Annelise as an update of her husband’s grandmother, Anna Lee, and chose Tierney as the middle name, also a family name from both sides. Co-founder, Ashley and her husband chose Thatcher because it was original, strong and would transition well from childhood to adult. They chose William for a middle name because it was simple, classic and a family name on both sides. For their daughter, Ashley and her husband both kept coming back to the name Hadley and used Ashley’s middle name Jayne before she got married, which was picked out by her dad that she wanted to pass on to her daughter.

So, what’s in a name? How did you decide on the perfect fit for your child? Was this a simple or complicated process?

Out of Sight, Out of Mind: Protecting Your Precious Cargo

Coconut Oil for Babies, Beauty and Beyond