“We’re getting separated.” No, not me. But, I will never forget when I first heard those words come across a dear friend’s lips. That news rattled me to my core. “But, y’all always have so much fun together,” I said. She explained that somewhere along the way they just stopped working on their marriage. When I asked if she was sure it was over, she said that there wasn’t anywhere else for it to go. Months later she disclosed to me that, for her, the loneliest days as a divorcee were nowhere near as lonely as the ones she spent married. As saddened and shocked as I was, I never forgot those words. Loneliness … I had never felt that. And, how could I make sure I never did?

Those Early Carefree Days of Marriage 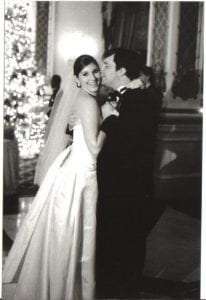 Mark and I were married in a beautiful ceremony in December of 2004. At that time I received some very important advice, “Let the love you feel on the day of your wedding be surpassed by each and every day that follows it.” It seems so simple, but we all know that it can be difficult, if not impossible, to maintain that blissful newlywed love as life moves away from the showers and parties and dancing and honeymooning. Married life is filled with the ups and downs of careers, ill relatives, moves, hurricanes, finances and more. There’s so much to worry about day to day that it is easy to get caught up in the tailspin of life to the point that you stop living it.

Mark and I have been lucky enough to share the road of life together. We love so many of the same things that living life with him has been fun and exciting. In our newly married US Navy years, we traveled constantly. There’s something that refreshes a marriage when you hop on a plane or set off in the car to a new place. Or, maybe you rediscover an old place that brings back a sappy memory about your days of dating. Either way, as we traveled together through that stage of our marriage, I often found we grew closer rather than farther apart as my friend had done. And, it was relatively easy.

What If Everything Changes With Baby?!

We were married almost seven years before we had Jane. We had become all too familiar with the prying question, “Sooooo, when will you have a baby?” As well-intentioned as that question is, it struck a chord in me like nothing else could. It was as though it indicated that our life as we were living it was somehow not as valuable as it would be when we had children. The thing was, I couldn’t have imagined being happier. The thought of adding something unknown into our world made me itchy. How could we be any happier? And what if the addition of a baby changed our relationship? What if I was the mom who transferred all of her love to her child and had no room left for her husband? What if Mark began to find me boring and uninteresting? What if everything changed?!?! (Picture spinning head.)

When I found out I was pregnant in March of 2011, I didn’t know if we were ready for the challenge of being parents, but I knew we were up for it. As my belly grew, so did my excitement about sharing our lives with this little person inside of me. Even then, Mark and I delighted in the thought of continuing to live our life our way. So, Baby A made it out to Jazz Fest and to late night dinners and trips to New York and to Green Bay’s historic Lambeau Field. We decided to start teaching this baby to keep up with us from the moment he or she became a part of our family. It was the only normal we knew.

From the moment I saw Mark hold Jane in his arms, I knew that this baby had changed our lives. I expected it to change where we went on our next vacation or how often we’d have a spontaneous week night meal. I just had no idea that what it would most poignantly change was the depth of my love for Mark.

I have talked openly on this blog about my struggle with postpartum depression. It was in the darkness of those early days of motherhood that I really learned what marriage was. When I was too tired or sad to pull myself off of the couch to change a diaper or wash a bottle, Mark did it. When I couldn’t wake up for that 2:00 a.m. feeding, Mark did it. It’s easy to say, well, he’s the father so shouldn’t he? But the thing is, he did it without counting how many times he did or keeping track of when it would be my turn. He did it because when you are in a marriage, you are the other person’s strength when they have none left.

I have never been more profoundly in-tune to who I am as I have been since becoming a mother. I found that for me to feel successful in this new “balanced” life, I had to learn what makes me tick, what my strengths are, how I communicate. And it has been in learning more about myself that I have come to appreciate Mark even more. I often referred to people who were different than me, of which Mark is one, as my opposite. But, I have learned that, in fact, he is my complement.

From the very beginning, Mark and I have parented Jane differently. I remember walking in from work one evening soon after I returned from maternity leave. I saw Mark standing at the sink washing dishes and Jane sitting wide awake in her swing. Just as I was about to fuss about why he wasn’t holding her while she was awake and doing the dishes while she was asleep, I stopped and watched. He stood there talking to her and interacting with her from afar. There they were in their own little groove, and here I was about to impart my wisdom as though I was the only one who knew how to parent her properly.

It was then that I realized that there was not a right way for us to parent her. There was just a different way. I loved observing Mark parenting in a way that came naturally to him. Nagging or pushing him to do it my way was only to discourage him from doing so. I have found that I have learned so much from how he interacts with her that I wouldn’t have learned if I had stifled his methods from the beginning.

Will You Go on a Date With Me? Keeping the Love Alive 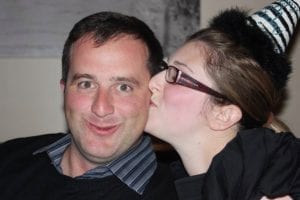 Do you remember the feeling you got the first time your spouse asked you out? Giddy? Excited? Jumping for joy? I still get that way when we make special weekend plans. My whole week is better when I know that I have a date with Mark to look forward to. Of course, we often spend the entire date talking about Jane. But every once in a while, one of us throws in something we’re looking forward to or a goal we’re hoping to accomplish totally unrelated to her that sets the whole conversation on the kind of tangent we would have had before she arrived. And as the other person’s face lights up with interest, I know that I am not lonely nor am I alone in this journey we call marriage.

What are your secrets to a happy marriage?

10 Reasons I’m Grateful to be a New Orleans Mom