When I was 14 weeks pregnant, I had preterm premature rupture of membrane. Without any amniotic fluid present, we were given less than a 1% chance of having a take home baby. After weeks of bed rest, our baby girl, Addison Rose was born at 28 weeks, weighing 2lbs 2.5oz at Woman’s Hospital in Baton Rouge on July 30, 2011. She was diagnosed with chronic lung disease and a dislocated right hip. She was in the NICU for sixty days and came home three weeks before her actual due date. Although I pray that no mother and father ever have to leave the hospital without their baby, I wanted to share with other preemie parents what helped us maintain our sanity during those sixty days. 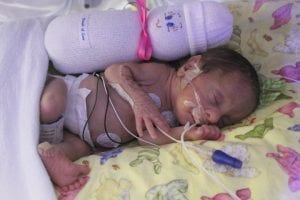 Don’t be afraid to ask questions

Every day, I would wait for the doctor to call with an update. I was always prepared with a notepad and pen to write down everything she said. I would also repeat what she said to make sure I understood exactly what was going on with my baby. We also lived over an hour away from the hospital, so unfortunately, we were not able to be there all day, every day, but I called all the time! I’m sure the ladies at the front desk of the NICU recognized my voice after the first week. The nurses never made me feel like I was bothering them and encouraged me to call as often as I wanted. Just knowing they were a phone call away helped ease my anxiety of not having my baby home with me tremendously!

This one was really hard for me. I didn’t really compare Addison to the other babies because, honestly, I didn’t know much about them. Comparing myself to the other moms was another thing. I would constantly beat myself up over the fact that I wasn’t there all of the time like some of the other moms who lived a lot closer. I became envious of the other moms who would walk in carrying bottles full of breast milk while I was struggling to produce enough milk for Addison. 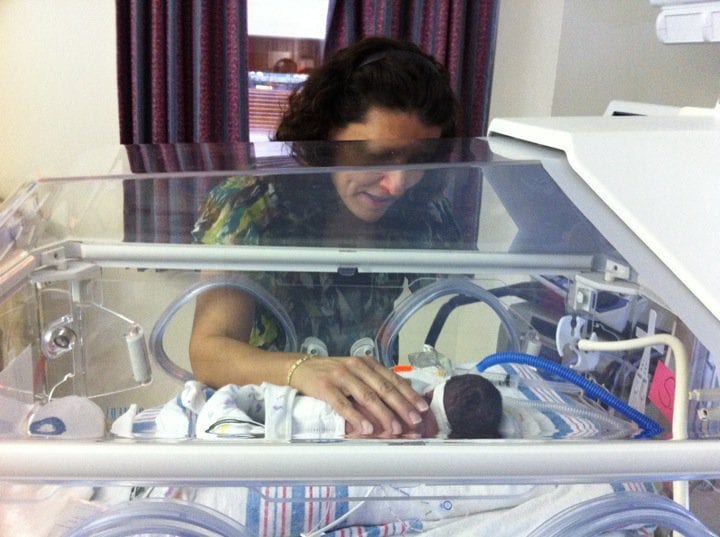 Like I mentioned, we lived a good distance from the hospital so I didn’t get the opportunity to connect with other moms whose babies were in the NICU at Woman’s Hospital. I was fortunate that my parents were able to extend their visit down here for a few weeks, and Michael and I are extremely grateful that we had their support while we were figuring out how to balance life with a baby in the NICU. I was also incredibly thankful I found the blogs of other preemie moms while on bed rest. I still continue to email with some of them on a regular basis. I felt connected to these women, even though they lived out of state, because they had experienced many of the same feelings and emotions that we were going through.

Life in the NICU is a roller coaster. We would have good updates for a few days. Then we’d have a “well, she had a challenging night” phone call. One of my co-workers, whose son was born prematurely, told me how he and his wife would celebrate all of the little things while he was in the NICU. If he had a good day, they would celebrate. If he had no changes from the day before, they would celebrate. That was some of the best advice we were given. When the doctors removed the feeding tube, and Addison started drinking from a bottle, we celebrated. When we learned that she was still on the same amount of oxygen, we celebrated because it meant that they didn’t need to increase the amount of supplemental oxygen.

Take care of yourself

Get some sleep. Eat healthily. Both of those may sound pretty simple and straightforward, but both are extremely difficult to do when you’re constantly worried about your baby. After my c-section, I was discharged three days later. Since I wanted to get back to the hospital as often as possible, I pushed myself. When I went to my OB to have my staples removed, he lectured me on getting enough rest to let my body heal. I didn’t listen. I was running on empty. This, coupled with my pumping challenges, resulted in a nervous breakdown. After that, I knew I had to take better care of myself so that I could be the best mom I could be.

While we in the hospital, a counselor with the March of Dimes met with us and provided educational resources and moral support while Addison was in the NICU. Because of funding from the March of Dimes, vital research is continually being done to help save the lives of thousands of babies. Without this research, we would not have artificial surfactant, which was given to our baby girl after she was born to help her little lungs develop. We want to do everything we can to help raise awareness so that other babies born prematurely can live a happy, healthy life!

The Pros and Cons of Being a Hunter’s Widow

Why Your Family Should Take a Trip to Hot Springs, AR