I am currently 34 weeks pregnant with our 5th child. Our oldest child is 6 and our youngest is 1. Needless to say, we have been busy the last 7 years. Blessed, but busy!

My first three pregnancies were perfect, no complications and were delivered to term. My fourth pregnancy rocked our world. The pregnancy was moving right along just fine until I made 12 weeks. When I started bleeding and cramping, we thought we were going to lose our baby and we were devastated. An ultrasound confirmed the baby was fine, but I had a large blood clot. I was out on bedrest and followed up with a Maternal Fetal Medicine (MFM) doctor. The MFM doctor told me it would most likely resolve on its own. One MFM doctor told me he has never seen this slow abruption in his 30 years practicing; another MFM doctor told me my uterus needed at least 18 months to heal, and this was all happening because my body was not completely healed from my previous pregnancy.

Time slowly ticked by and the blood clot did not resolve. It got much worse. The blood clot started to slowly abrupt the placenta, which caused a lot of pain and bleeding. I was in and out of the hospital until our precious 1lb daughter was delivered at 22 weeks and 6 days. We were told by specialist she had a 5% chance of survival and would most likely have a brain bleed and never walk. They asked us if we wanted them to try and save our daughter at birth and we said, “Yes! Please save her!” Although we were very scared, we felt that God was telling us she would going to make it through the birth. We didn’t know what the future held for our family or our daughter.

Emery spent 137 days in the NICU. She had the normal premie ups and downs. She was on the ventilator for 7 weeks, had 2 eye surgeries for ROP, had issues with her thyroid and had a PDA. Emery never had any brain bleeds. When we finally were finally able to take Emery home, we were ecstatic. After having a troubled pregnancy and having a mirco-preemie, I thought we were done having kids. I thought four children was good, and our family was complete. 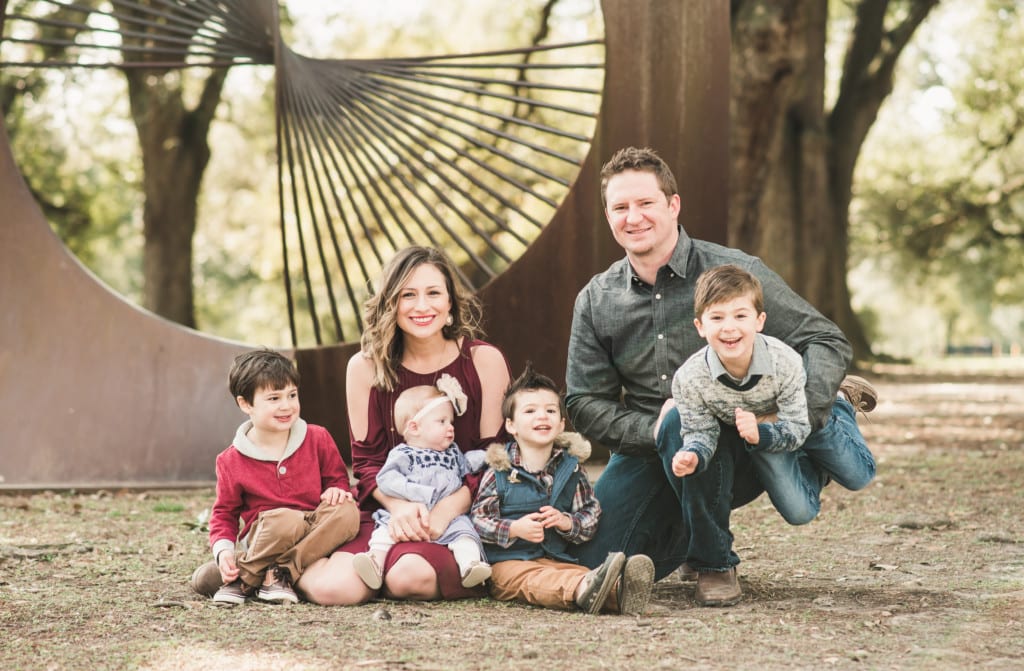 Over the next 8 months, Emery had contracted 2 respiratory viruses which required hospital stays. The first virus was RSV, and she was in the hospital for 5 days. The second respiratory virus landed her in the hospital for 3 weeks. The respiratory virus caused pneumonia and she was moved to the ICU. Slowly, she got better and we were able to bring her home 3 weeks later. The day after she came home from the hospital, I realized I was late and not feeling so well. I took a pregnancy test and it confirmed my fear, that I was pregnant! Emery was only 13 months old at this time and had just gotten out of the hospital the day before. My first thoughts after finding out I was pregnant were, “How can this be happening,” “I can’t do this to another baby,” and “People are going to think we are so irresponsible!” I remembered the MFM doctor telling me that I needed to wait at least 18 months if we considered having another baby. I thought, “Well, duh! I am going to wait at least 2 years if we wanted to have another baby.” I felt so plagued by these negative thoughts for weeks. I had absolutely no control over this. We were going to have another baby, and I had no idea if that baby would be a preemie or if I would have another troubled pregnancy and have to be on bed rest again.

Days turned into weeks and weeks turned into months, and my pregnancy progressed perfectly. Although things were going so well, I wouldn’t allow myself to get excited just in case something happened and the baby didn’t survive. Once I reached 22 weeks 6 days, I began to have hope and started to get excited about another child who was going to soon join our family. Since this baby is our last, we decided it would be so fun to not find out the baby’s gender. Our children have been guessing for months what they think the baby is and what they want the baby’s name to be. Once again, God has taught me that I am not in control! He is in control and I need to rely and trust in Him and His perfect plan for our family.

There is hope after having a micro-preemie! We are so grateful and excited to be welcoming another blessing into our family!

Aimee is married to her husband, Jonathan, for 8 years and they will soon have 5 children ages 6 and under. She is a stay at home/homeschool mom who loves her family deeply. Aimee is a Christian and believes that with God all things are possible! She enjoys walking around target all by herself, when she can! Her and her husband are currently renovating their house that they bought 2 years ago.