Disclosure :: This post is sponsored by Potty Power Academy

Potty Training With Child Number One

We started to potty train our son when he started showing signs that he was ready. Lucky for us, this correlated with our second pregnancy … with twins. The promise of a few months diaper free before we were knee deep in them was like hearing the tiny trumpets of angels.

We wanted to avoid the disposable training pants stage, though I can’t really remember why. We attempted a modified three-day method, armed with candy, potty books, iPad apps, dollar store toys, and sticker charts. It worked like a charm … for #1. We kept diapers on during naps and at night time for a couple more weeks until he had consistently stayed dry while he slept. 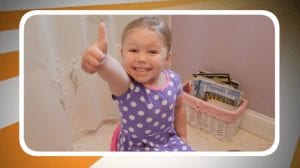 Number two was a battle in and of itself. He claimed he was scared every time. My research showed that this is a common issue; they feel like they are losing a part of themselves and become afraid of the process. We knew he knew what was going on. He’d disappear under the kitchen table and the grunts would be audible from across the house. We tried everything :: snatching him up and running him to the bathroom like we were NFL running backs, gently coaxing with the basket of bribes, making him try every hour … nada. As soon as he knew we knew what he was up to, he was done. He’d find a way to quit midway, hold it off for hours, or do it during nap time when he was in a diaper. He was totally playing us. He managed well at daycare, but played the same game.

Remember that I’m five months pregnant with twins at this point, which is roughly the equivalent of nine months with one baby. The lifting, chasing, football carrying, and endless negotiating was the icing on top of the already exhausted cake. I got to the point where I was willing to do anything to not have to do that or bend over to clean a stray nugget off of the floor. You know those pivotal parenting moments where you realize that you were totally a better parent before you were actually a parent? I swore I’d never bribe with big stuff. Guess what? I caved.

We finally had our breakthrough moment at 7:30 on a Tuesday night. How do I remember this exact detail? The day before, we were at Costco and he saw a light-up mechanical excavator. We told him that if he finally produced #2 on the potty, we’d deliver that excavator immediately. For no less than 45 minutes my husband and I sat on the floor. Begging. Coaxing. Reassuring. I told him I’d go get the excavator for him the minute he did it. Finally, FINALLY, he gave in, and I did exactly what I promised. I jumped in the car, drove to Costco, and arrived just in time for them to be locking the doors. 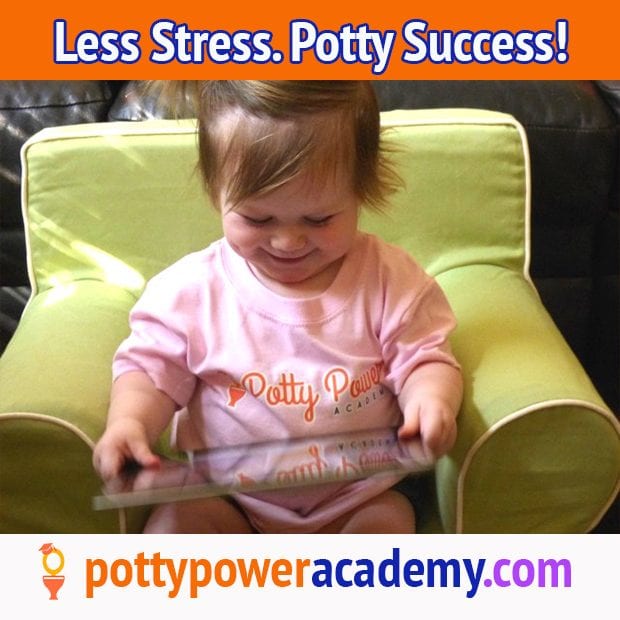 special trip to pick out that excavator. It ended up working out even better than if I had brought it home. He paraded around the store like a proud peacock, we had a much needed special afternoon of mom-son time. After that, there was no looking back-he was trained.

Now that we’re getting pretty close to the potential training window for the twins, we’re revisiting all of the methods and what might be the best approach. I was excited to learn about a new interactive potty learning program called Potty Power Academy. Parents receive a monthly membership ($4.99/month) that grants access to lesson plans, educational materials, videos, games, reward certificates, and everything you and your toddler will need to find success during what can be a very stressful time. There’s even email access to a pediatric nurse to answer all of your questions along the way!

Potty Power Academy is built for the new generation of technologically savvy toddlers. On average, one child goes through 6 diapers per day, which amounts to around $50 per month and $600 a year. Child-centered, but guided by adults, it’s full of materials that will help your toddler gain the confidence and knowledge he or she needs to ditch the diapers. As an added bonus, a portion of each Potty Power Academy sale goes to Rainforest Flow and gives back to the environment. Want to check it out to see if it’s a fit for you? There’s a virtual tour that takes you through the program. If potty training is on the horizon, head on over to pottypoweracademy.com to learn more!

How I Spent My Weekend Alone

No Matter What, My Parents Danced