My two year old has the sleeping habits of a teenager. 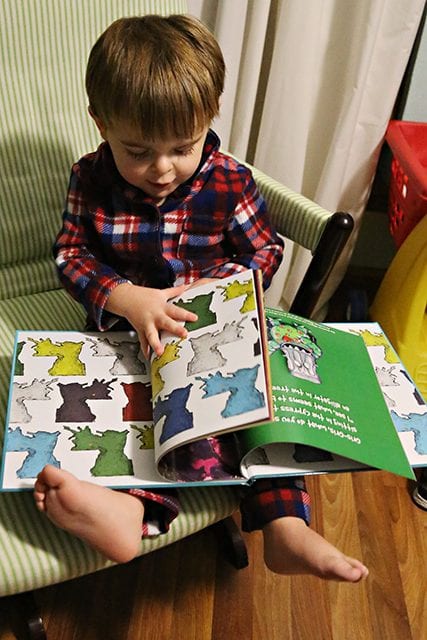 That is, he loves to stay up at night, and he LOVES to sleep in. Andrew has mastered the art of playing his dad and I into staying up later. It starts out as “one more book, Mommy!” and “I need my monster truck!” and several bouts of getting out of bed in an attempt to hang out with us a little longer. And then he sleeps in.

Except, that is, on the weekends, when I WANT him to sleep in. Instead, bright and early, at 7:00 on Saturday morning, I have an adorable little toddler (and dog) pushing on me saying “Mommy, wake up!”  I mean, forget that there is another completely capable adult on the other side of the bed, it doesn’t matter to Andrew. For some reason, he thinks *I* am the person that always needs to get up.

Of course, I’m sure that’s his form of payback for every weekday when I go into his room and attempt to wake him from his cozy slumber while hurriedly trying to get to work on time. It never fails … on a Tuesday morning when my husband is already at work for a 6:00am case, I need to drop Andrew off early so I can get to work (which is an hour away) on time. He always decides he doesn’t want to get out of bed and will take his sweet old time eating his breakfast and fight me to get dressed, into the car and off to school. I can’t blame the kid, though. I like to sit around in my pajamas and eat strawberries and waffles too!

Clearly, our current sleep situation is not all sunshine and roses. I would also be lying if I didn’t admit that at least once a week the two year old winds up curled up in the middle of MY bed forcefully pushing me out with his chubby little feet and arm slaps to my face thanks to bad dreams or night terrors. Where do I wind up? Clinging to the small little portion of bed left for me to try and get a few more minutes of treasured sleep.

Our journey to this sleep pattern has not been an easy one, and I’m sure I have many years of changing sleep patterns ahead of me. Despite my sleeping issues encountered while suffering with postpartum anxiety, I got lucky when Andrew was 8 weeks old because he started sleeping through the night. I attributed this to a regimented routine and schedule that I learned as a result of following Moms on Call soon after he was born.  Andrew always slept in his crib, and he did well with the routine, for which I was grateful, especially when I went back to work after 2 months of maternity leave.

As he began getting closer to his first birthday, something changed. As teething began, he began to cry at night. I would bring him into the den and sleep with him cuddled next to me on the sofa in the hopes of soothing him and getting him back to sleep. Eventually we realized we could no longer live this way and we returned him to his crib and followed a modified version of the Ferber method of sleep training, which allowed for soothing briefly in timed intervals that gradually taught him how to self-soothe. Once we got the hang of that, things went well for quite a while unless there was an illness or pesky tooth coming in. 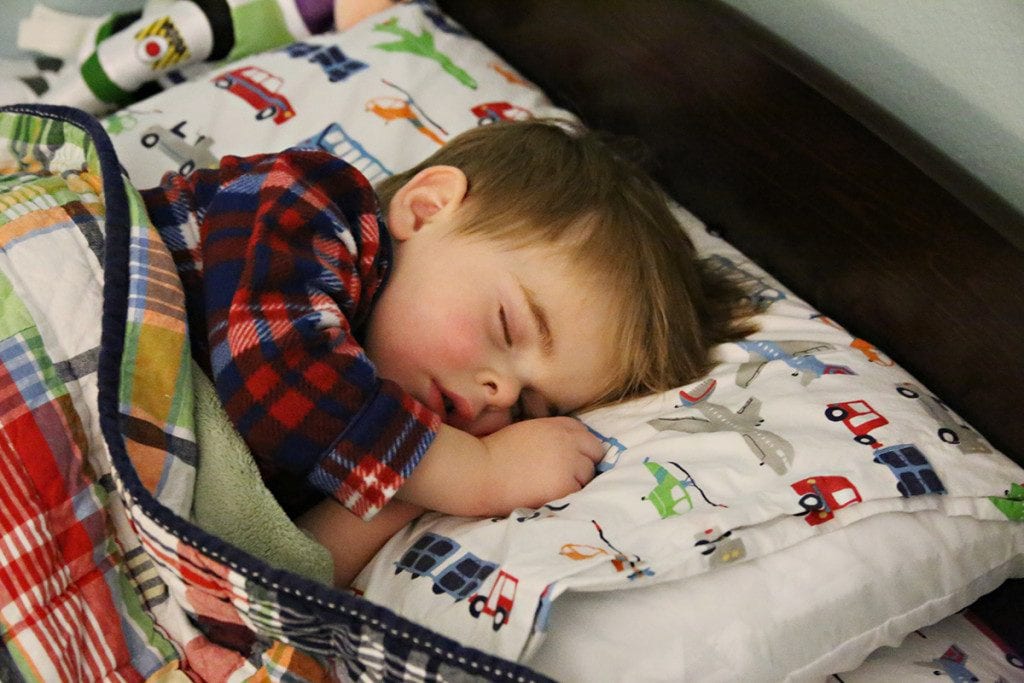 As Andrew got older (and taller) we noticed he was not sleeping well and was often crying early in the mornings to get out of his crib. At first, we tried to soothe him back to sleep, but that wasn’t happening. He would just cry and cry until we couldn’t take it anymore. So we did what we swore we would NEVER do: he wound up sleeping in our bed for the remainder of the morning while also slapping me in the head or kicking me in the ribs. To this day, I will never understand how such a small person can take up SO MUCH SPACE in a bed. Confession: I was too tired and too lazy to tell him no, and secretly, I sort of liked it, especially when he curled up next to me and was all sweet and asleep.

But I digress. The thought of converting him into a big boy bed was something I had been considering for some time between 18 months and his second birthday. When Andrew’s pediatrician recommended that we move him into a big boy bed at his 2 year well visit, my decision was final. We bought him his own twin bed and special bedding, and I invested in the Moms on Call Guide to Toddlers. Because they were so helpful with their baby guide, I had faith that their toddler system would work for us, too. Simply put, they recommended similar techniques as Ferber: set a nightly routine and stick to it, as well as giving our toddler words of affirmation when going to bed and saying good night.

I was worried that it wouldn’t go over well, but I was kicking myself for not doing it sooner. The first night in his new bed, he slept through the night without a peep coming from his room. We followed our regular bedtime routine. After his bath, brushing his teeth, and reading 2 books, we would tell Andrew how proud we were of him, that he was a big boy and we were so proud of him sleeping in his big boy bed. Then we would tell him “I love you, good night, and we’ll see you in the morning when the sun comes up!” and we were amazed at how easy it was.

The second night was not as easy, as he was overtired and wound up having some terrible night terrors that lasted over a course of 5 hours, but the days that followed were pretty easy, especially given the previous sleep situations! It was apparent after a week of sleeping in a twin bed over the crib that Andrew was sleeping more soundly and was more content with the bedtime.

Where We Are Today… 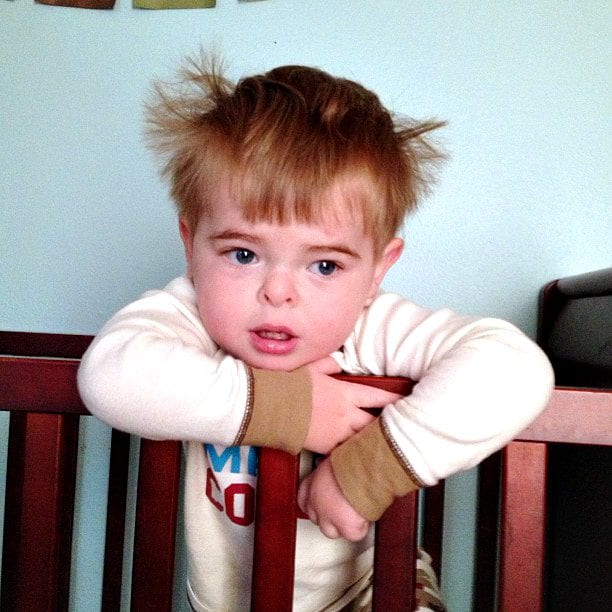 For the last five months we have done reasonably well with regards to sleep, except for the whole “sleeping in” thing. I’m sure I could put him to bed an hour earlier every night, but then I would only see him for 30 minutes after work and that’s not something I am willing to do. These days, he is so entertaining in the evenings with his dance parties, monster truck “shows” and storytelling that I can’t even entertain the idea of putting him to bed before 8:00. I treasure those little moments, especially at this fun age. So for now, we start our bed routine at 8:15 and have him in bed by 8:45.

Until then, I suppose I will just practice my skills for when he becomes an unruly teenager who sleeps all day and try to come up with a hilarious, fun wake up song to get him going sooner. Any recommendations?

Tell me, does your toddler like to sleep in? Or drag out bedtime? 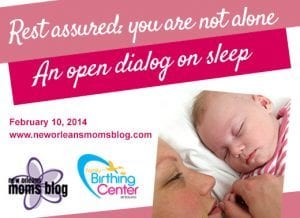 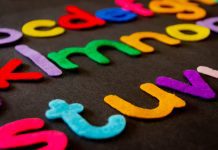 My Current Dilemma: Daycare vs. PreK-3

Go Get Your Mammogram … It’s Not That Bad!