The week of the girls’ birthday was hard. Really hard. The dog needed emergency surgery we didn’t have money for (who ever does) and I got in my first ever fender-bender. The little stuff piled up until I didn’t have an ounce of anything left to give. I didn’t have a chance to process my emotions on my last babies turning one because I was on autopilot by mid-week.

I posted on Instagram that the week had been so very hard, with tiny pockets of magic. The comment I got that I needed to hear? 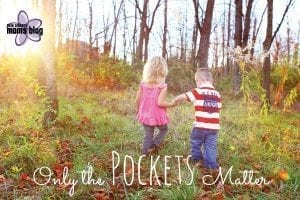 Only the pockets matter.

A friend of mine texted the other day to say that her youngest son was starting to show signs of sensory and speech issues like his high functioning autism spectrum middle brother. “Am I doing enough?” she found herself wondering. “Maybe if I turned off Umizoomi, got on the floor more. Maybe. Or maybe it’s my fault. Or maybe it’s something I can’t control. But I’m researching more and learning as much as I can so I can do better this time if it is what it is.”

I told her, “You’re the best mom. Really. Those three boys needed exactly YOU to fight for them and pour yourself into giving them the best life you can. Obstacles and all–those boys are happy, so very happy, and YOU make sure of it. We all have those doubts.”

We do. As long as you’re doing the best you can with what you’ve been given, you’re doing a great job, mama. This parenting thing is so hard. Why do we internally make it harder?

My four-year-old got a rave review at his parent teacher conference. He will probably be reading by the end of PK-3. What am I doing? Worrying that I’m not practicing with him enough. Being really, really hard on him for silly stuff. Forgetting that he’s only just turned four.

The girls aren’t walking yet or using specific sounds for things. Their brother did by this point. What am I doing? Worrying. Comparing, even though I know every kid is different and they’re still well within milestone windows. They’re happy and healthy. They learn new things every day. They sleep as long and eat as much as teenage boys. Their party was perfect. We were surrounded by everyone we love for a few days. We made memories and magic, stored in the pockets of our hearts to bring light on the hard days. 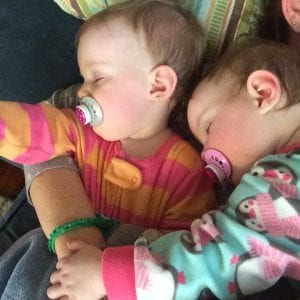 Why didn’t anyone tell us about the hard stuff when they were selling the idea of parenthood?

Probably because no one would do it if they knew about the hard stuff ahead of time.

But those pockets, man. They make that hard stuff dissolve a lot easier.

Frustration at the Field