As a mom of 2 young boys, I often feel like I’m losing my mind. And in those moments, I don’t always handle myself as gracefully as I would like to. I’ll just say it: I snap. I lose my cool. While I’m telling myself, “stay calm, don’t take their behavior personally,” sometimes I look at these two sweet little devils, and I just flip out. I’ll be the first to admit that it is never a pretty scene. It usually leads to one or all of us crying, as well as hurt feelings.

My Son Learned Aggression From Me 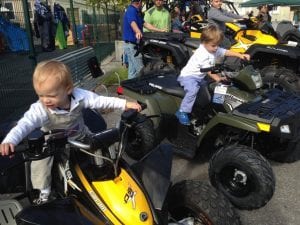 When my oldest son began having aggression and behavioral issues at school, all I felt was shame and guilt. I could not believe that my sweet, precious, smart, innocent child was capable of doing some of the things his teachers witnessed him doing. I didn’t know what to do, and while it may not seem like too big of a deal, I was devastated. Mainly because I knew he learned his aggressive behavior from me. At that point, I did what many moms would have done: I reached out to my support system, namely my mom and friends, but also professionals who deal with early childhood behavior everyday. I was advised by several professionals that while this behavior was perfectly normal – we were in the middle of moving and transitioning schools after all – we wanted it to be a phase, not the norm. With a lot of toughness and even more patience, I am proud to say we made it through that rough patch. In the process, my husband and I both learned a lesson about how we speak to our kids, as well as to each other. I just wish we hadn’t learned this lesson the hard way, but it did get me thinking about much larger issues of aggression and abuse.

In many ways, I feel fortunate for having gone through a short stage of observing the effects of aggression on small children. While tremendously difficult, it forced me to think about the abuse cycle in children. This may be an obvious statement, but it confirmed for our family that children truly absorb and mimic what they see and hear. If all children witness is violence and aggression, then this is what they will take with them into the world and how they will communicate with others. Our house is filled with lots of love and kisses, and, if I’m honest, the occasional bout of SMS (“Scary Mommy Syndrome”), but I was able to turn my situation around before it got any worse for me, my family and my sons.

What Keeps Me Up At Night 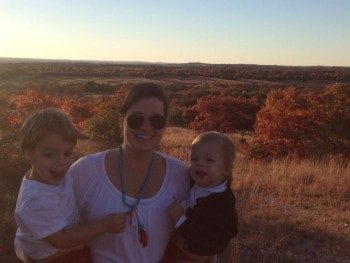 But this entire episode got me thinking: what happens to the families who aren’t as lucky, self-reflective and perseverant as us? Sadly many children live in homes where hate and fear rule, and there’s no doubt it influences those individuals as they grow. For me, it begs the question: how do I raise boys who don’t become chauvinist, abusive {insert eexpletive of choice here} when they grow up? Does it start at home?

Just turn on the nightly news, and you will hear stories of rape, domestic abuse, violence, and exploitation of women. I sometimes wonder just how much control I have over my sons’ future behavior. Will my kids do things that I find morally repugnant no matter how hard I try? Are there some behaviors that I will have absolutely no control over? It quite literally makes my skin crawl to think that my sons would ever contemplate – much less follow through with – some of the behavior that happens on college campuses and in domestic violence cases. And I know I am not alone, as I’ve had this conversation with several friends.

Yes, I realize that the assaults on women on college campuses and domestic violence cases currently have very little to do with my 4 and 2 year old kids. But at the same time, I am raising boys. Boys who will one day become men on campus – or in the workforce – with some of your daughters. I know that boys will be boys, and no matter how much I nag, reprimand and remind them, there is really not much I can do about the booger-picking, farting, rough housing nonsense. That’s just boys. And I know that my boys rough housing and being physical now doesn’t necessarily mean they will grow up to be abusive or rapists. But I can’t help but jump right in and discipline my son because he pushed his cousin. His cousin who happens to be a girl. I know he didn’t push her just because she is a girl. He pushed her because he’s almost 4, and that’s what almost 4 year olds do. But I don’t think it’s ever too early to instill a deep understanding of an essential law of the land: you may not put your hands on another person, but you never, EVER lay hands on a girl.

Is The Job of a Mother Ever Done? 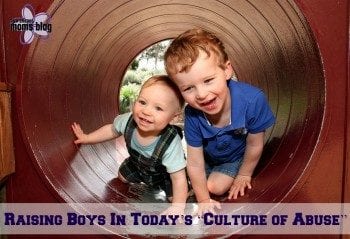 I take my job as a mother very seriously. I work hard for my kids and my husband. I get up every day and try to do better than I did yesterday. I feel that I have been given a great responsibility to raise two boys who grow into good, honest men. I want my sons to respect women, defend those who need to be defended, and to speak up when they see harm being done. I want my sons to understand that chivalry is not dead; it’s what separates the men from the boys. I want them to become compassionate husbands and loving, capable, involved fathers. And I expect them to live up to all of these demands, because I don’t think it’s too much to ask!

But am I taking my role as a mother too seriously? Am I reading into my personal situation and current events on college campuses and among professional athletes waaaaay too much? How do I know that I’m doing the right thing, teaching the right lessons, and that they will eventually go into the world and not harm others? (I don’t expect anyone to have an answer to that). Am I expecting my sons to have a larger impact on society than they are capable of having? Probably. But if they leave my house for college and only take one lesson from their entire upbringing with them, I will make darn sure it’s this: respect women and keep your hands to yourself. 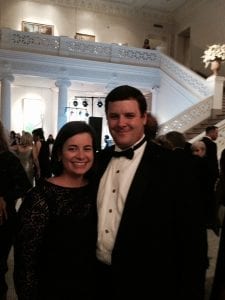 Mariann was born and raised in New Orleans. She attended college at Auburn University where she met her college sweetheart, Robert. They were married in 2007 and moved to Birmingham, AL. They returned to New Orleans in 2009, and their family grew in 2011 with Bert and again in 2013 with Ben. In 2014, a work opportunity arose, and they took on a new adventure by moving to Baton Rouge. When Mariann isn’t chasing after her boys, she enjoys yoga, interior decorating and design, cooking, and date nights at new restaurants with her husband.

Are Students Learning in December?

Give Your Child the Gift of Reading