This morning, my 4 year old son hit my 20 month old daughter in the eye with a sock. My husband told me, “I think it’s time to take away his socks. The next time he hits her with a sock, I’m throwing them away. He’s getting too old for them anyway.” Some of you may be thinking it is weird to take away something like socks from a child. Should we take away toys as punishment? Yes. Screen time? Sure. An essential clothing item? Um … no. And how exactly can one be too old for socks? The thing is, the sock in question are actually my son’s lovey. (For those wondering, a lovey is a security item. It can be a thumbie, a blanket, a stuffed animal – basically anything that comforts a child.) 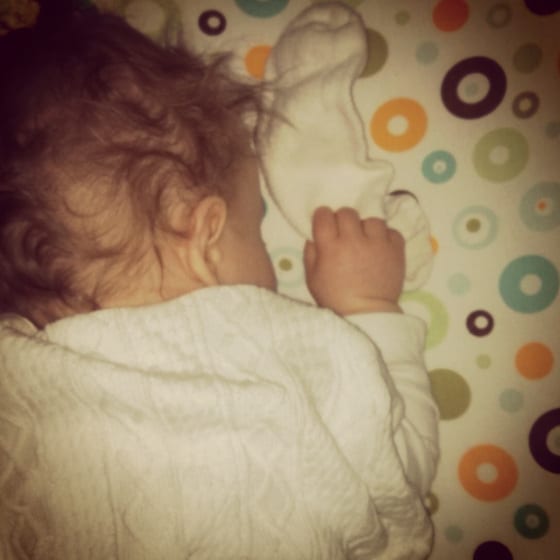 How did a sock become my son’s lovey?

Around 9 months old, my son started having a hard time falling asleep because he was teething ferociously. I am a worry wart, so there were only two things allowed in the crib at nighttime: a tight-fitting sheet and a swaddle/sleep slack.  During the day, I would often place a swaddle blanket over him instead of swaddling him tightly. One day I noticed that he went to sleep much easier when he could clutch a handful of the fabric to chew. That night my husband and I looked for something small for him to chew in the crib. Everything we found was either too big or had a rattle in it. We finally settled on giving him a gym sock (clean, of course!) to take to bed with him, and it worked like a charm. He held the sock and fell fast asleep. The next day, I took my son to the mall and we shopped for a lovey. I thought I had found the perfect one for him, but at bedtime he cried and rejected the lovey. My husband put the sock back in bed with him, and he immediately grabbed it and went to bed. That is how a sock became my son’s lovey.

Throughout the years, my son’s preference for socks has changed. At first, any gym sock would do. Then he only wanted “right socks” AKA white ankle socks with a black Adidas logo. Since I only had a couple of pairs of them, I ordered a pack of 6 on Amazon so we would have spares. Unfortunately, those were slightly bigger and newer than the original ones and were quickly deemed impostors. I still try to pass off one of the new (identical!) socks to my son on days when three of his socks are in the laundry and the other one is downstairs, but he never takes the bait. When my daughter took to the Pottery Barn Kids bunny thumbie, I went ahead and bought five spares.

How old is too old for a lovey? 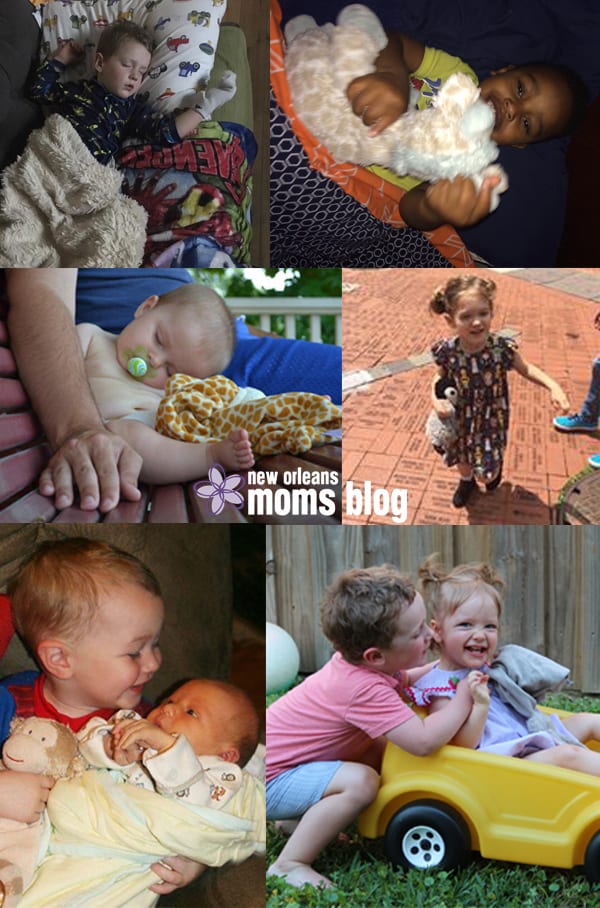 My son is almost 4.5 and still insists on having his lovey on his hand while he drinks his milk in the morning, and he won’t go to sleep without it at night. He takes it with him on airplanes, too. This morning when my husband said my son was too old for a lovey, I considered his opinion but didn’t quite agree. Then I asked the other New Orleans Moms Blog contributors when they thought a child was too old for a lovey. Here is what they had to say:

My daughter is 9 and she still has one. It stays at home or in the car. I see no problem with her having it.

I don’t think that’s something that has to get taken away, and mine went with me to college.

Um, mine got taken away from me in 5th grade. I still haven’t totally forgiven my parents for the deceptive way they did it, which I didn’t discover until high school.

My son has one and he’s 9. He keeps it in his backpack at school and sleeps with it, but mostly stopped carrying it around.

My daughter is 6 and still has hers, but it stays in her bed. I figured she can take it to college and I don’t care. I was more firm on the paci, the bedtime routine, and the bottle.

My daughter is a receiving blanket baby but she’s still a baby. I secretly want her to keep it forever!

My 8 year old son still loves “my first bear” and my 6 year old has “monkey.”

Neither one of my boys had a lovey. I even tried to get them to have one because I think it’s adorable, but no such luck.

I want them to keep theirs forever!

The general consensus among the NOMB group was that there is no harm in holding onto a lovey well into childhood (and adulthood). It’s not like a pacifier or bottle that pose dental issues. As a child grows, the lovey becomes less of an integral part of their life, but its sentimentality usually doesn’t wain. One of these days, when my son no longer asks for his “right socks” I will put them in a safe place. I might even frame one for him.

Tell us, how old do you think is too old for a lovey? 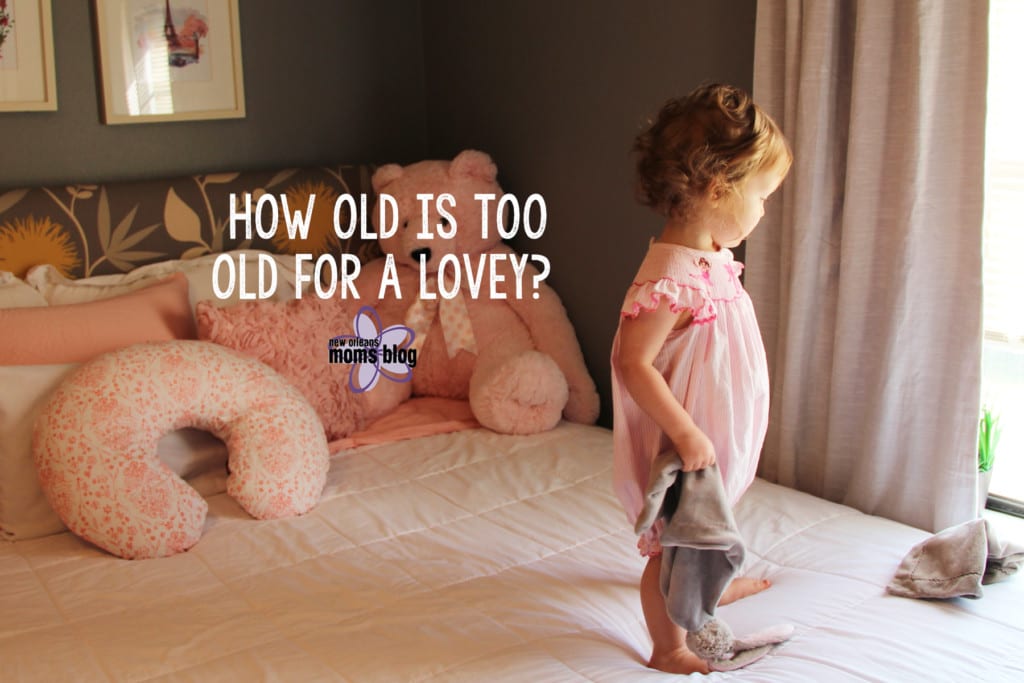