I have two children – a 3 year old boy and a 10 month old girl. My son is a very high-maintenance toddler. My daughter is a very low-maintenance baby. Because of this, I often find myself paying much more attention to my son, and I feel guilty about it. It is not that I love her any less (I am completely enamored with her); it is just that she demands less of me.

Putting the Second Child on the Back Burner 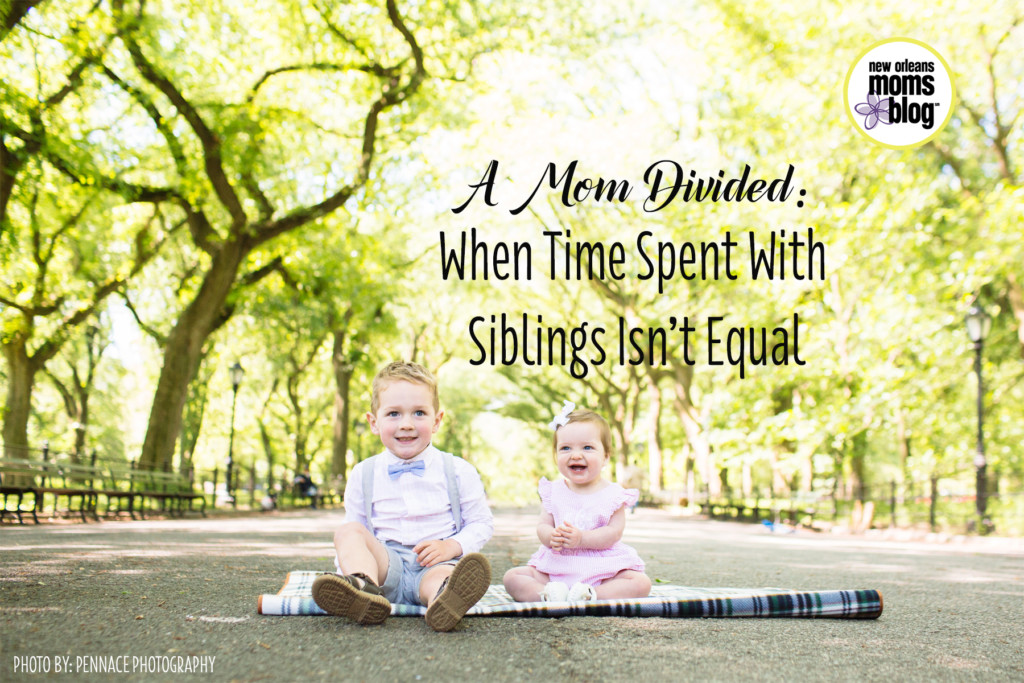 I knew before I had a second child that I would not be able to give her the focused attention that my son received since I would be splitting my mom duties between two children, but I thought I would be able to give her more attention than I currently do. With my first child, I sat on the floor for hours at a time reading books, singing songs, and playing with toys. Aside from the chunks of time spent feeding, changing, and putting her to bed I don’t spend as much quality time with her as I want to. She is still at a stage where she is largely content to sit and play with blocks and toys on her own. When I have moments of quiet in between playing Ninja Turtles with, fixing snacks for, and responding to the demands of her brother, sometimes I want to sneak out of their sight and have a moment to myself.

Not to be misunderstood, my daughter is cared for like a little princess. She is showered with kisses and hugs and sweet nuzzles. She is adored. I just feel guilty that she isn’t experiencing the same mom that my son had as a baby – the mom who would give her undivided attention and play with her around the clock. She is such an easy baby that sometimes I leave play time with her simmering on the back burner while I tend to the boiling-over pot that is her brother. When I first had her, I was warned by several people to make sure to pay attention to my first child because it would make the transition easier. If he sensed me putting the baby before him constantly, he might have built feelings of resentment towards her. I followed their advice. After all, for the first few months she mainly slept. Now she is getting to an age where she enjoys interaction a lot more, but I fear I haven’t been giving her the attention she deserves.

Hopefully, it is just a phase.

I know that children require different amounts and types of attention at different stages in their lives. I hope that as my son gets older, he will become more independent. As my daughter grows and starts walking, I know that she will begin to demand more attention from me, and I will be so happy to give it to her. My son recently started school for a few hours every weekday. My goal is to spend that time focused on my daughter, whether it is taking her to the park, reading books and singing songs to her, or simply having Mommy and Me mornings running errands.

One Second Child Raising Another

I am the second of three children. My mother was the baby in her family and her older sister, the second child, talks about feeling overlooked and not getting as much attention as her siblings did growing up. In order to prevent me from feeling the same way, my mom went above and beyond to make sure I felt special and important. As my daughter gets older, it will be a priority of mine to do the same.

If you have more than one child, do you find yourself giving one more attention than the other?

4 Reasons I Spoil My Children Without Regret