The day we announced we were pregnant with our first baby, my mother-in-law graciously offered to retire so she could care for our son when he arrived. As two full-time working parents and new business owners, we were relieved to not have to add the task of touring and applying for daycares to our to-do list. We were so grateful for flexible, free, and loving child care and we loved the idea of our son having daily bonding time with his grandmother. 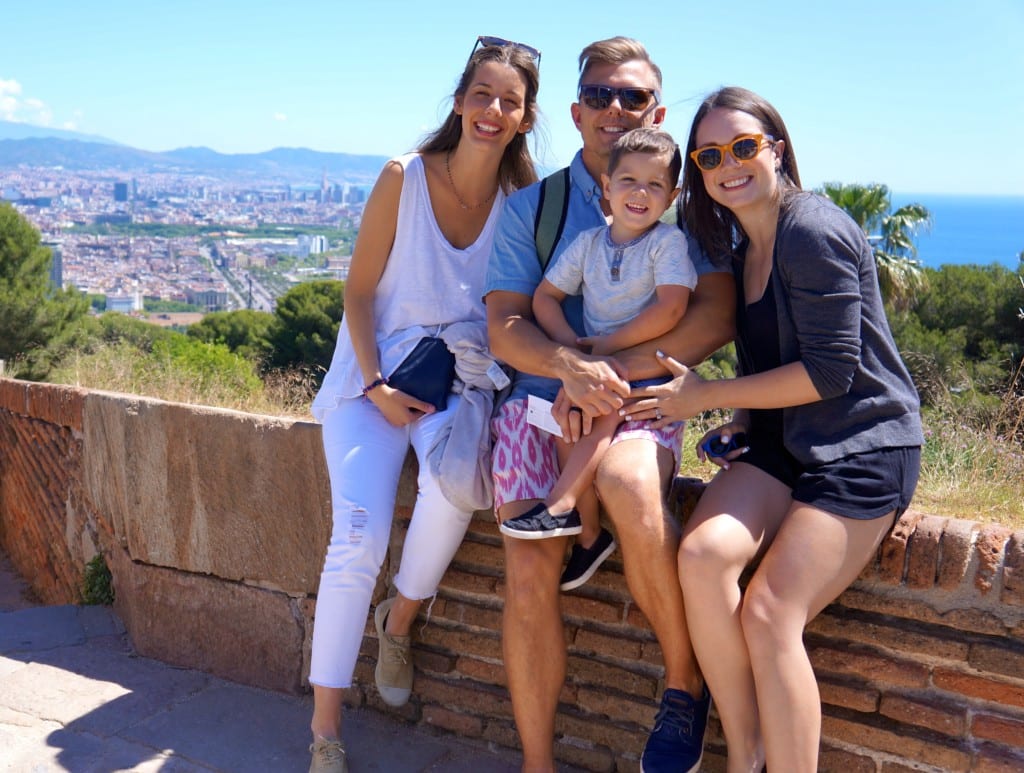 Shortly before my maternity leave ended, my mother-in-law informed us that she would require shoulder surgery and wouldn’t be able to look after an infant for three months while she recovered.

Great. What are we going to do now?

Daycare wasn’t really an option because in our area it requires adding your name to waiting lists months before your child gets a spot, if they’re offered a spot at all.  Do we hire a nanny? Do I extend my leave?

At the time, my husband and I had just opened a CrossFit Gym, and he often had to coach 5:30 AM classes, and my demanding job required me to leave the house early for a two hour commute, so extreme flexibility was necessary for our family. I looked into our options and it seemed the best solution was to hire a live-in au pair. Since we only needed someone for a short time while my mother-in-law healed and we were in a huge rush, we hired a friend of a friend instead of going through an agency.

Plans were finalized after a brief interview via Facebook chat, and we invited a 19 year-old girl from Barcelona to live with us for the next three months.

I knew she wasn’t allergic to our dog, I knew she liked babies, and I knew how to spell her name (but I wasn’t sure how to pronounce it). Based on our conversation via chat, I knew that her English was decent, but I had to use context clues a lot to figure out what she meant. This was all I knew about the person to whom I was going to entrust my four-month-old baby. This could be a disaster. Are we crazy?

My husband picked her up from the airport the night she arrived, and I impatiently waited up so I could meet her. I put the finishing touches on her room and wrote a note to go with her welcome present. My first impression of Mireia (Me-ray-uh) when she walked through my door was that she seemed much older than nineteen. As I awkwardly tried to make conversation, she looked at me, smiled, and suggested we all go to bed. 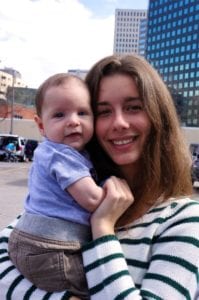 The next three months were a blur. I had to adjust from spending every moment with my son to sometimes not seeing him at all during the day, and I cried a lot. I had to get over someone I barely knew seeing me at my worst – no makeup, hormonal, tired, and stressed out. I was so jealous of this stranger who got to spend more time with my son than I did, but I was grateful for the affection and adoring care that Mireia gave to my baby from day one.

It’s hard to share your personal space with a new person. It’s hard to let a stranger see you when you’re an emotional wreck, struggling to keep your breast milk supply up. It’s hard to not have alone time with your new family of three, but over time Mireia became part of our family. Some things were more complicated and uncomfortable because she was there, but more things were much easier because of her presence.

I’m sure a lot was difficult for her too! I asked her what her favorite food was and pasta was at the top of the list—of course she would come to a gluten free home! She was away from everything she knew, and while her English was pretty good there was still a relatively wide language gap. I remember one day coming home from work and Mireia proudly announced my son’s accomplishment of the day!

Her:  “Today, I teach your baby how to crap!” (Said in a beautiful Spanish accent)

Her:  “You know … the thing you do before walking? 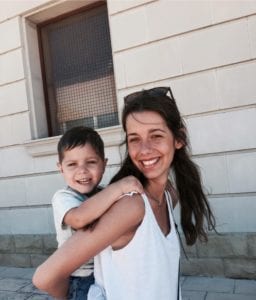 She would sometimes go to bed early because she was exhausted from having to translate everything in her head all day or come up with creative ways to explain what she meant. It was a little nerve wracking for me in the beginning because I would give her instructions on how to take care of my son, and I was always a little unsure if she understood what I said. Over time though, her English improved immensely and we easily communicated.

Opening my home and taking the chance on hiring an au pair ended up being one of the best decisions I’ve ever made. Not only did living with a stranger put a magnifying glass on the way I live, but I know Mireia’s experience was a defining moment in her life! We bonded with her in a way that I can’t imagine having with a nanny who comes and goes. We shared the bad with the good, laughed about misunderstandings, and after three months cried together as we said good-bye. We told her we’d come visit her soon, and last month we boarded a plane to Barcelona and made good on that promise!

Sure, it could have been a disaster, but instead it resulted in a life-long friendship!

My Husband is Not a Baby Person…

What My Toddler Taught Me About Compassion