Several years ago, writer Anna Garvey penned an article titled, The Oregon Trail Generation: Life Before and After Mainstream Tech. If you haven’t read the article, it’s worth a read especially for those of us who hail from the late 70s or early 80s (81-er here). To sum it up, though, Garvey goes on to discuss the unique period of time that we in that generation grew up in and how it’s affected our perception of life in the 21st century. If you remember sitting in front of your radio for hours, waiting for that song you wanted to hear so you could record it on a cassette tape … but you also downloaded half a million songs on Napster … congratulations, you were born on the Oregon Trail.

While the article is interesting in its own right, one topic it doesn’t touch on is how our time on the “Trail” has impacted our lives and responsibilities as parents. Using the aforementioned example of recording or downloading music, consider this statement:

Our children will grow up in a world where they can download whatever song they want, whenever they want, for next to nothing.

How does that make you feel?

I’ll go ahead and share how it makes me feel. If I can be honest, it makes me feel a little bit sad. Part of the joy of sitting in front of that radio for hours waiting to capture that song was the fact that I had to sit in front of the radio for hours waiting to capture it. I worked for it — as much as listening to 106.7 The End for hours constituted “work.” But there was figurative elbow grease there. Getting that song took effort, and when I finally had it, I appreciated it. Even the act of heading to FYE to buy a CD was an exercise in both time and saved money. What I wanted had to be earned, and once it’d been earned, it was appreciated. 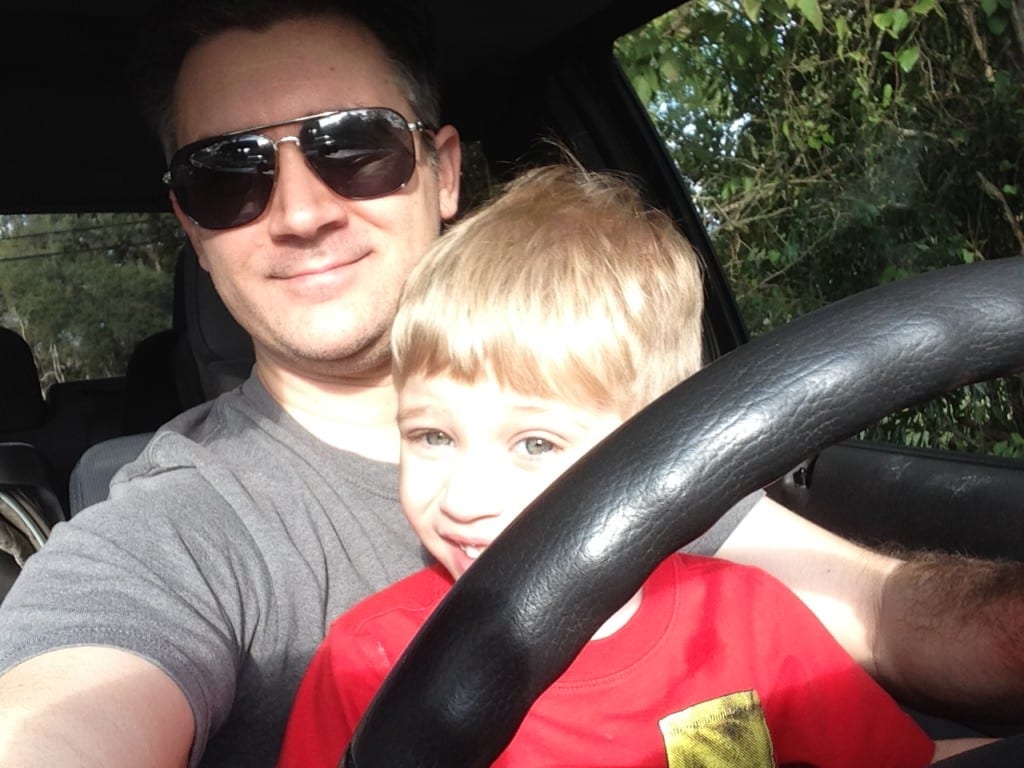 That’s really what worries me about raising my boys. They’re going to grow up in a world where everything is at their fingertips. The music they want to hear, the shows they want to watch, the books they want to read. At any given moment, we’re one “click to buy” away from having any or all of those things. And that’s great! Until we forget what it’s like to work for something.

I watched a speech by Nick Saban once on YouTube that he gave to his new class of Alabama football players. He implored them to put down their video game controllers and work on their craft. He explained that the difference between those who make it and those who don’t are that those who make it are willing to work for it rather than be distracted or feel entitled. That’s a very, very hard lesson to teach nowadays. Hey, I love video games as much as the next guy. I remember getting my NES as a kid — it was one of the coolest gifts I’d ever received. But I also knew that there was a time to put the controller down and get to work. That’s not taught today — at least, not in the mainstream. Today, we’re taught to be entertained. The truth of the matter, though, is that accomplishments require effort. The more you’re willing to put into it, the greater those accomplishments can be.

I’m blessed enough to be able to speak about this on a personal level. In 2006, I released the first novel in my science-fiction series, Epic (and yes, it was named that before “epic” ever became a trend word!). That debut novel was called Dawn of Destiny, and to say I put a lot of work into it is an understatement. I rewrote the thing from start to finish about six times. I was young — still in college, in fact — and I knew how much about writing I didn’t know. I was committed to putting in the required effort to go beyond “good enough.” I wanted that first novel to be the best it could be, even though I scarcely had a lick of life experience. I knew there’d be sacrifice but also that it’d be worth it — and it was. Four novels and a successful writing career later, and I can point to all that hard work and say, “that’s where the difference was made.”

Our Perspective on Hard Work and Effort

We from the Oregon Trail have a unique perspective when it comes to hard work and effort. Yes, we love our map apps, but if our smart phones went kaput, we know how to unfold an actual paper map and get where we need to go. We know how to get from point A to point B both literally and figuratively. We know that sometimes the length of the wait has a direct correlation to the joy of the reward. 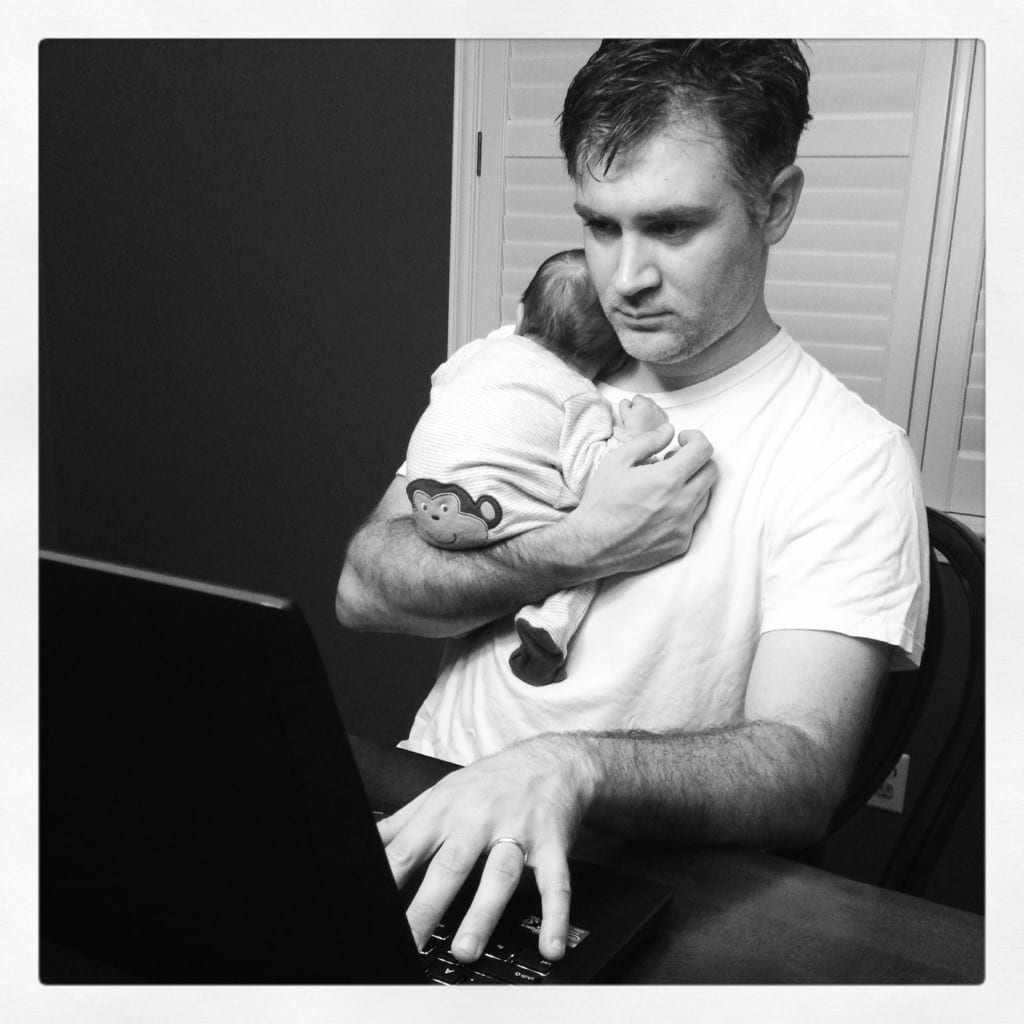 I want to instill that mindset in my boys, because I know it will take them far. Simply put, true hard workers are becoming few and far between. You can always spot them, though, because they’re usually the ones who rise above the others—above those unwilling to “put down the video game controller.” Yes, I’m going to give my kids cool things, because I seriously just love doing that. And yes, I’ll even play a video game or two with them (my four-year-old is an old-school NES Mega Man fan, which is the best thing ever). But I’m also going to make them take the long way on occasion. I’m going to make them save up for something. To make them earn something, not by just waiting an extended period of time for it, but by breaking a sweat to achieve it. I owe them that.

So my message to you is this:

If you’re a part of the Oregon Trail, recognize the unique opportunity it’s given you to teach your kids something that most won’t be taught. The generations after us can’t teach it because they never lived it. Not like we and the incredibly special generations before us did. We have a real chance to give our kids an edge by telling them what our world was like and why, in many ways, it was better despite being a little harder. Call it a course in Effort 101. It’s something they need to hear.

Very soon, I’m going to start giving my son an allowance of $10 per month. And each month, I’m going to give him an opportunity to cash that in at the toy store. He’s big enough to know numbers, so he knows that the number twelve on a price tag is bigger than ten. If he wants that toy with the higher price, he’s going to have to wait. And that $60 playset? There’s nothing quite like six months of anticipation to make something feel special. We from the Trail know that well. We all have those boxes of radio-recorded mixtapes. Maybe it’s time to dust those things off and bring them down from the attic. Maybe our kids need to see them, hear them. Maybe they need to know about the effort that went into recording them.

Maybe, just maybe, it’ll encourage them to blaze some trails of their own. 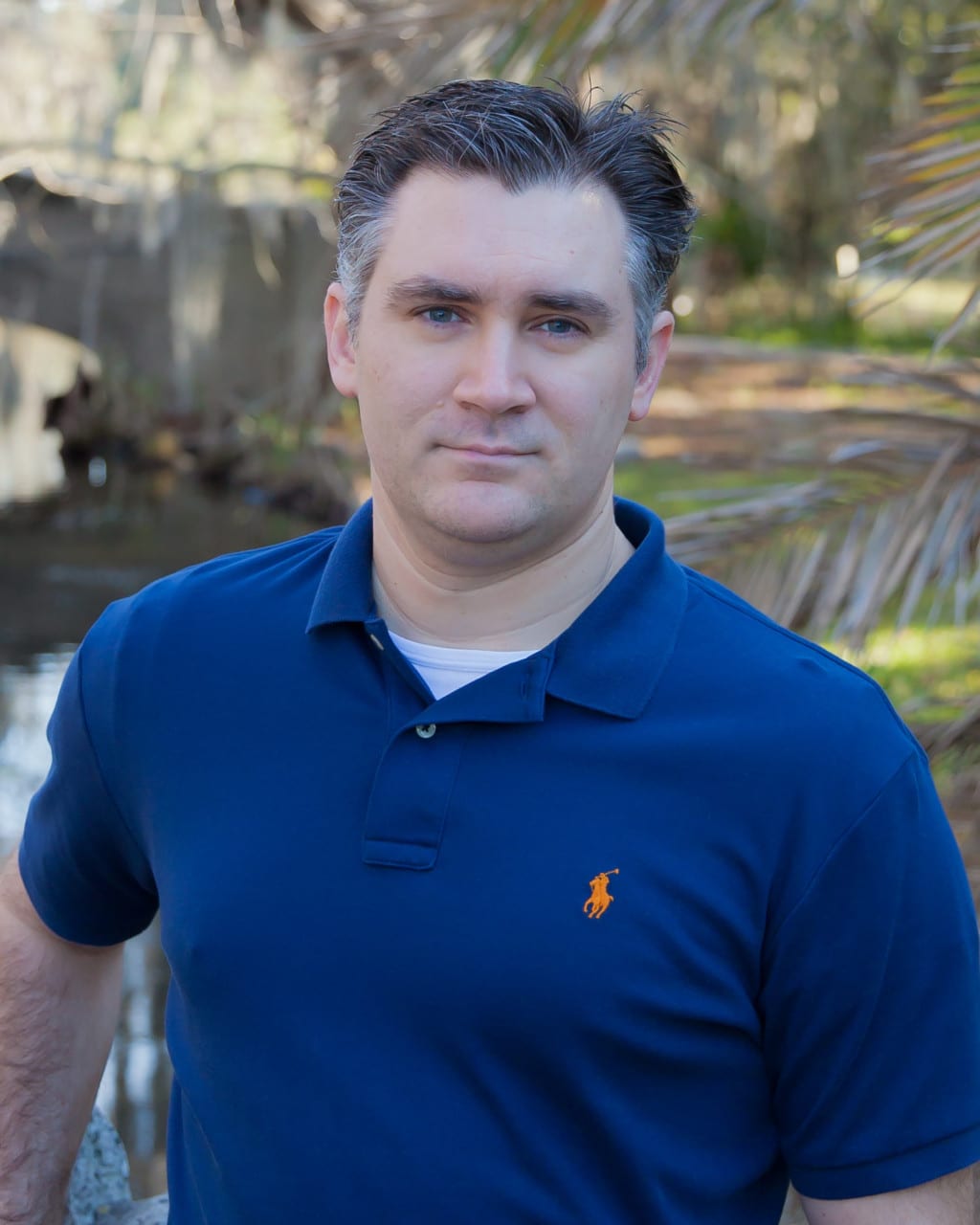 Lee Stephen is the author of the science-fiction series Epic, which won Best New Fiction and Audiobook of the Year in the 2014 New Apple Literary Awards. In addition to Epic, Lee has worked with video game publishers and Hollywood actors on numerous writing projects from novels to screenplays. He is a lifelong resident of St. Charles Parish, where he lives with his wife and sons and works full-time for the Department of Homeland Security & Emergency Preparedness. To learn more about Lee’s work, visit his website or follow @epicuniverse on Twitter.

I Resent My Daughter {For Taking Time Away From My Son}