Disclaimer: I wrote this post soon after finding out the gender of my third child. I’ve had sometime to process my emotions. I’m happy to say that I am genuinely excited to add a little boy, especially one who has been surprising me from the very beginning. Bring on the trains, trucks, ninjas, and wrestling! And just maybe his older sisters will teach him something about princesses along the way.

When thinking about what my family would be like, I always imagined girls. Little girls with twirly dresses and pig tails and bows and sparkle shoes. Luckily, I have two amazing little girls that helped to make my dreams become reality. So when I found out that I was (unexpectedly) pregnant with a third child, I automatically assumed it would be another girl. I spent many mornings day dreaming about little baby headbands and tiny dresses that would match with her sisters. Three girls sounded like a lot of work, but it also sounded like so much fun. As my husband says, we run a princess factory! 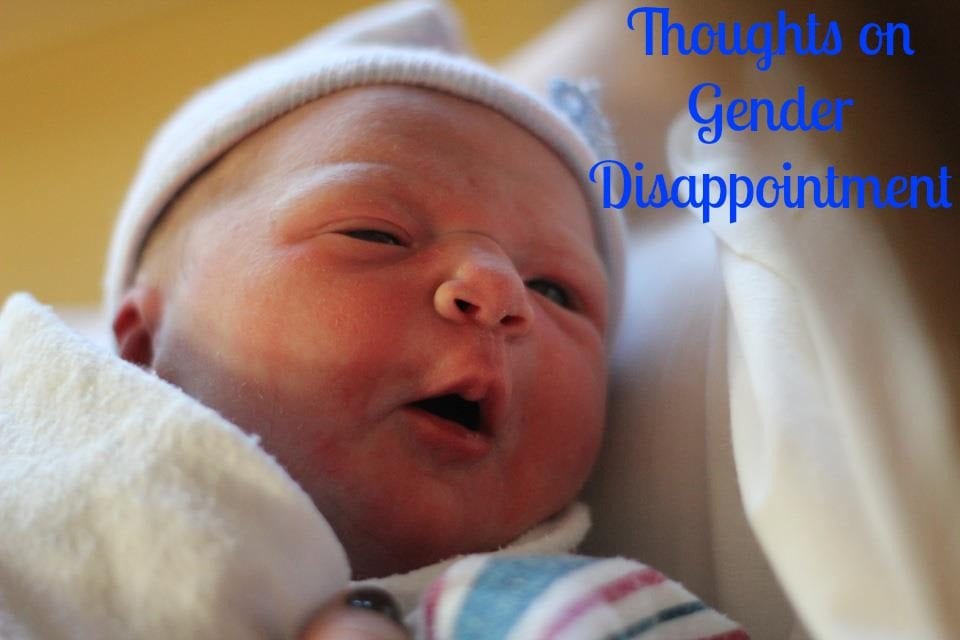 Well, due to my advanced maternal age (apparently 35 is over-the-hill), my doctor offered me genetic testing instead of the usual 12 week ultrasound. I decided to do this for a variety of reasons, one of which was the ability to find out the gender early on. The only surprises I like are parties or gifts. My blood was taken the end of June, and I found out the results just after the 4th of July weekend. I have been serving jury duty this month so I had basically been staring at my phone to make sure I didn’t miss the doctor’s call.

When his office did call, my stomach filled with butterflies and I suddenly got nervous. Would this baby be healthy? Would they tell me everything is alright? Would it be another girl? I was overjoyed to learn that the baby was healthy and had no signs of the genetic markers being tested. Then the nurse asked if I wanted to know the gender. Of course I did! So she told me.

This baby is going to be a boy.

The words out of my mouth were,”Wait. What? Are you sure?” She assured me that it would be a boy. I thanked her and hung up. After hanging up the phone, I felt like I had just been punched in the stomach. A boy? How is that possible? We don’t have boys. We have girls. I mean what am I going to do with a boy?? And clothes… now I have to go find cute, non-smocked, non-appliqued clothes for a boy. Clothes that don’t have words or trucks or animals or any of the things I don’t like on them.

And then my thoughts turned to my oldest daughter. She insisted that this baby was a girl and that her name would be Luna (for the record: I would never let my 4 year old chose the name of my child). My heart sank even further because I knew she would be disappointed as well. I gathered my emotions and called my husband to tell him. He was just as shocked as I was. We talked for a few minutes and then decided that we would deal with it all later, when we could have an actual conversation.

The truth is, I was completely disappointed.

I had hoped that I would have one last go-round with baby headbands and all things pink. I wanted another girl to add to my brood. It would be easier, logistically, if it was a girl since I work at an all-girl school. Now there will be at least one year of 3 different schedules, morning drop-offs, and pick-ups. Thinking about it logically, all these reasons seem petty. Yet, I can’t get past the fact that I will not be having another girl. After all of my fertility struggles, I should just be happy for being part of the, “Buy 2 Get 1 Free,” club.  And it’s not that I am not happy, but I am still adjusting to the idea of a boy. To be honest, I’ve never even changed the diaper of a little boy. And I went to a bris once and almost passed out with the thought of all that was happening. I am glad I have the next 5 months to get used to the idea of a sweet boy. I know postpartum would not have been my time to work through these emotions.

There is one aspect of a boy that I am looking forward to though: a Star Wars watching buddy.

Were you disappointed when you found out the gender of your baby? How did you work through it? And more importantly, do you have any suggestions for cute, non-smocked, non-appliqued boy clothes?

Lice Lessons: The 5 Things Your Kids Wish You Knew About...