Like most women, the majority of my pregnancy was uneventful. My morning sickness resolved itself by seventeen weeks, and aside from being exhausted and having that fire-breathing dragon indigestion, everything was great … until it wasn’t.

Around thirty weeks, I started feeling just generally unwell. My feet were swollen all the time, and I felt bad. I couldn’t put my finger on what specifically felt bad, and I remember telling my doctor that I felt “icky” but I couldn’t explain why. My blood pressure was a little higher than it had been but still normal, so no real cause for concern. In a typical pregnancy, you can see pressures trend lower than your normal during the second trimester, and then trend back up in the third trimester. As far as I was concerned, everything was ordinary.

By thirty-two weeks, I was feeling worse: My hands and face were swelling, and my doctor put me on light duty at work. We started weekly labs, 24-hour urine catches (to detect protein), and fetal non-stress tests. (Note: Swelling of the fingers is normal in pregnancy, and not the same as swelling of the hands.)

The following week, I was officially diagnosed with preeclampsia. I was put on modified bed rest, my non-stress tests were increased to twice a week, and my doctor said we were looking at delivering no later than thirty-seven weeks. By this point, I was feeling so crappy that I welcomed the chance for more rest. But even when I rested, I still felt awful.

Less than a week later, I was lying on the sofa (on my left side, like you’re supposed to) when I felt a huge gush. When I stood up, I saw that it wasn’t just water- it was blood, and there was a lot of it. And it was still coming. It kept coming as I ran-walked to the bathroom and gushed a few more times after I got there. I was terrified. There’s no way this is normal. Why hasn’t it stopped? When did I last feel the baby kick?

By the time we got to the hospital, I was struggling to keep it together. I was sweating profusely, my ears were ringing, I couldn’t hold my head up or keep my eyes open, and my belly hurt. Miraculously, my doctor was already there for another patient. Within a minute or two of being hooked up, the monitor indicated that the baby was crashing- 70 beats per minute and falling. My doctor came in and said, “We’ve got to go,” and then we were speeding to the OR. 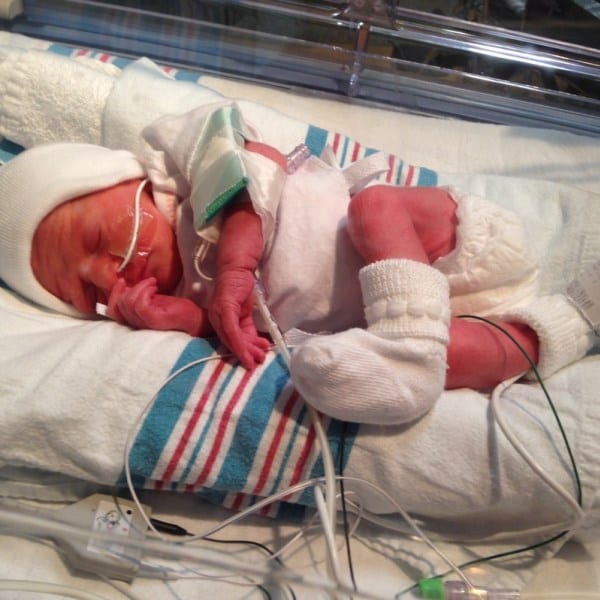 It turns out that I hemorrhaged due to a complete placental abruption caused by severe preeclampsia. The placenta was actually delivered before the baby. In addition, I lost enough blood that I needed two transfusions. Unfortunately, I continued to worsen after delivery. I developed postpartum Class II HELLP syndrome (Hemolysis, Elevated Liver enzymes, and Low Platelet count), which is one of the most severe forms of preeclampsia. In laymen’s terms, my red blood cells were breaking down, and my kidney and liver functions were seriously impaired.

I vaguely remember waking up in recovery and understanding that the baby was okay (thank goodness!), but that I wasn’t. Currently, there is no cure for preeclampsia beyond delivery of the baby and placenta. Since I had delivered already, I received the typical treatment of IV magnesium sulfate and a ton of blood work and monitoring for indications of impending seizure or stroke. Magnesium sulfate typically works, but the side effects include extreme drowsiness and confusion, so I have almost no memory of the first thirty-six hours after delivery.

Two days later, I was finally able to meet my sweet new baby girl. She needed some NICU time to learn how to eat and maintain her body temperature, but otherwise she was perfect. Now, 2 years later, she sees a speech therapist, but you would never know that she had such a rough start. 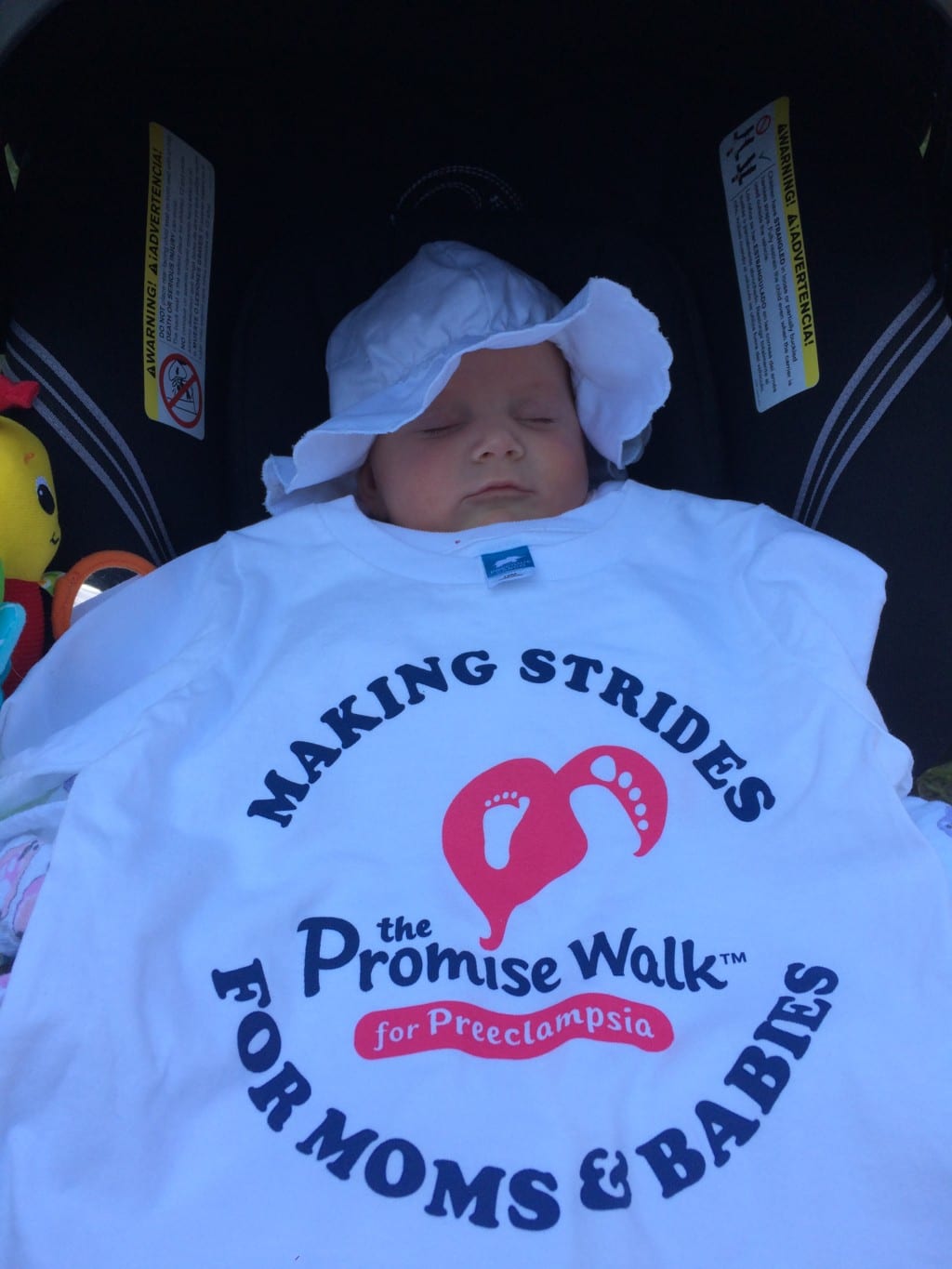 Besides being my first pregnancy, I only had one risk factor: Family history of preeclampsia. I found out later that I have two aunts and a cousin who had preeclampsia and/or gestational hypertension, and my mother in law had very severe preeclampsia.

Other risk factors include:

Preeclampsia is one of the leading causes of premature birth and affects as many as 300,000 mothers and babies in the United States each year. Globally, 10 million mothers develop preeclampsia each year. In honor of May as National Preeclampsia Awareness Month, the Preeclampsia Foundation will hold its third New Orleans Promise Walk for Preeclampsia TM at the New Orleans lakefront. Registration opens at 10:00 AM and the program begins at 11:00 AM. Visit our website HERE and our Facebook page for details. 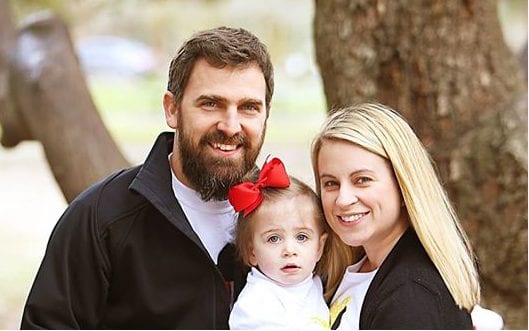 A native of New Orleans, Becky met her husband, Blaze, while working together at Brennan’s. Eleven years later, they’re the proud parents of a very energetic two-year-old girl. Becky is a full-time accountant, and in her spare time, you can find her volunteering for the Preeclampsia Foundation raising awareness for hypertensive disorders of pregnancy.

Treat Your Mom to a Day Fit For a Queen on...