When I became a mom I realized just how fast time is really moving. It was in a blink of an eye from when I peed on the stick until she was in my arms. From there, time has moved even faster. There are very few things that are still around from the early days now that she is five years old. Clothes, games, toys, TV shows and movies have come and gone. She has new favorites now.

But there is one thing that has remained. If you see my daughter any day of the week, when she is not in her school uniform, she is in sparkle shoes. Since her tiny, little baby toes started wearing shoes she has always had a least one pair of shoes that is completely covered in glitter from heel to toe. They have looked different over the years from Mary Janes to TOMS to Mary Jane TOMS. But they have still remained true to the shimmer and shine that she loves. 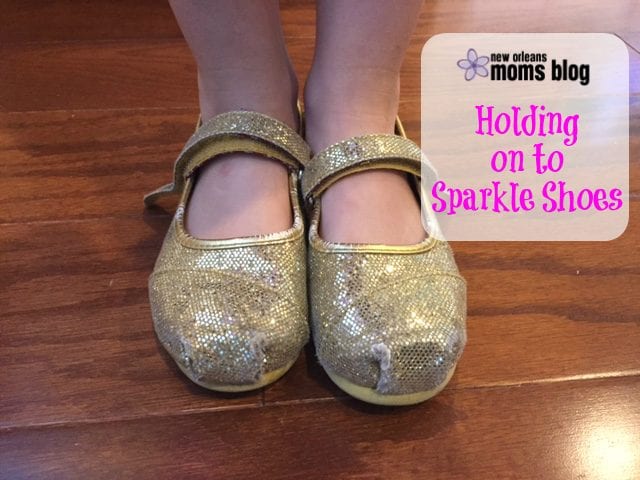 It is amazing that sparkle shoes go with pretty much any outfit. Especially in New Orleans, they fit in with her smocked dresses and her big Southern bows. She was wearing sparkle shoes when she ate her first snowball and when she hit her first cabbage ball. Even though she has grown, her love for her sparkle shoes has been along for the ride. When I call up the stairs for her to get her shoes on that we are leaving, she always comes bouncing down the stairs in her sparkle shoes.

I will continue to buy her sparkle shoes as long as she wants to wear them. But I know there will come a day when she will be too “big” to wear them. She will want whatever the “cool” shoes are of that moment. And, I will be there to support her as she transitions to the next phase of her development. But for right now, I am holding on to the magic of her sparkle shoes.

Why Our Family Chooses Trinity Episcopal School in New Orleans 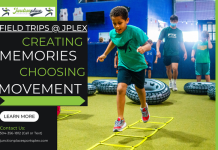 Junction Place Sportsplex: A Field Trip Find Everyone Will Remember!

Pregnancy: Cue the Waterworks! And Other Bizarre Symptoms…

How My Parenting Style Has Changed