We pulled into the driveway freshly discharged from the hospital, exhausted and with our 24 hour old third baby in tow. The two older boys were eagerly awaiting our arrival. It was game on. We were now the parents of three, a fact that still hasn’t totally sank in. Once in the door, it’s the usual chaos: the dog is barking, kids are very excited we’re home, and their baby sister is here too. It’s 5 o’clock, which is arguably the hardest time of the day. Everyone is tired and hungry and needing something.

Back in the trenches

I set the baby in her bassinet to try and unpack and spend some time with the boys. That didn’t exactly work because the two year old is actively trying climb in the bassinet / tip it over / dropping random toys in it. Ok so baby-wearing it is. I strap her on, likely where she will spend most of the next 6-12 months. I go into the kitchen to start getting 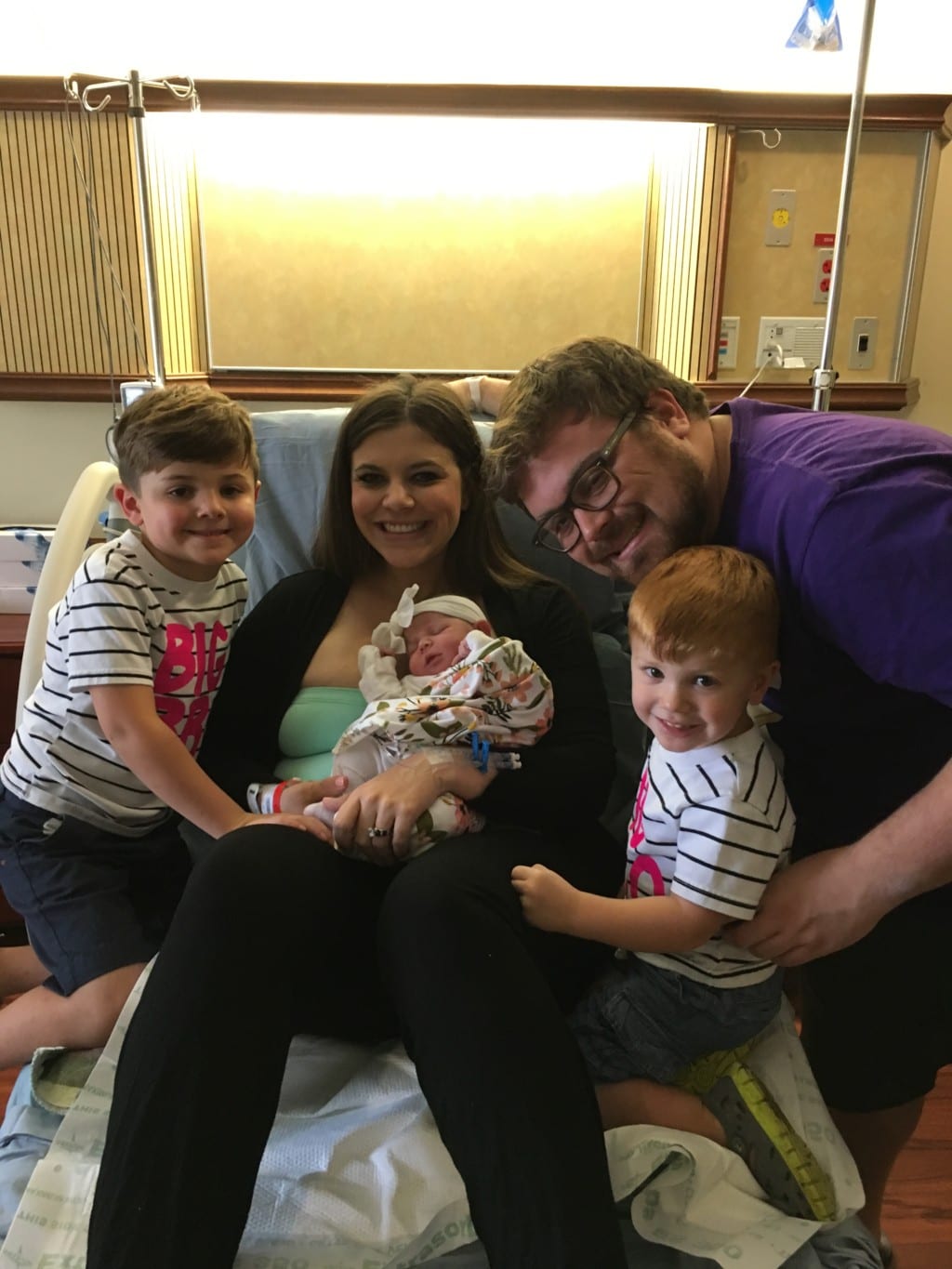 dinner ready for everyone. Except the two year old is crying because he can’t find his Mickey Mouse race car. All of this while the five year old is trying to tell me all about koala bears and how they like to chew on sticks. I’m trying really hard to be engaged with him, but it’s hard when the two year is devastated about Mickey and I’m just trying to turn the TV on for a few minutes so everyone will settle down. Later that night, the two year old poops in the tub during bath time, a situation thankfully my mother in law handled.

The closer to bedtime we get, the more emotional just about everyone seems to get. Adding a baby is hard. The boys missed us while we were at the hospital, and the oldest was pretty concerned that the last time he saw me when he came to visit, I couldn’t walk (thanks epidural). The baby ended up being up most of the night. Only able to sleep in my arms. I had a good cry for no apparent reason (thanks hormones and sleep deprivation).

But there were sweet moments too. The oldest tells me more than once he loves his sister. He sings her a song in Spanish that he learned at school, and I have no idea what it is. But she seems to like it and he’s pretty proud of himself. There are definitely more hard times, but there are also lots of tender moments. A pattern I’m sure that will be the theme of our lives for the next 18 years. My hope is that even though things will likely be wild and busy and non stop from here on out, that I can take time to appreciate each kid. To make them feel loved and special every day, and to foster a love and a bond between them that they carry on even after they leave my house.

I love them each more than they’ll ever know and cherish watching them grow into the people they will become. Here’s to you Dax, Dane and Delta.

Why Can’t I Enjoy This More?