“Where do babies come from?” is a question that triggers anxiety for many parents. While we all know the answer to this, there is no 100% fool-proof way to answer that question for your children. When you think about it, the margin for error is huge. How much information is too much or too little depending on your child’s age when he or she asks that question? Should technical biological terms be used or should euphemisms do the job? How many details should be given before the subject is unceremoniously changed to “So … what trouble did Peppa Pig or Daniel Tiger get into today?”

Now imagine that some unconventional circumstances brought your child into your world. 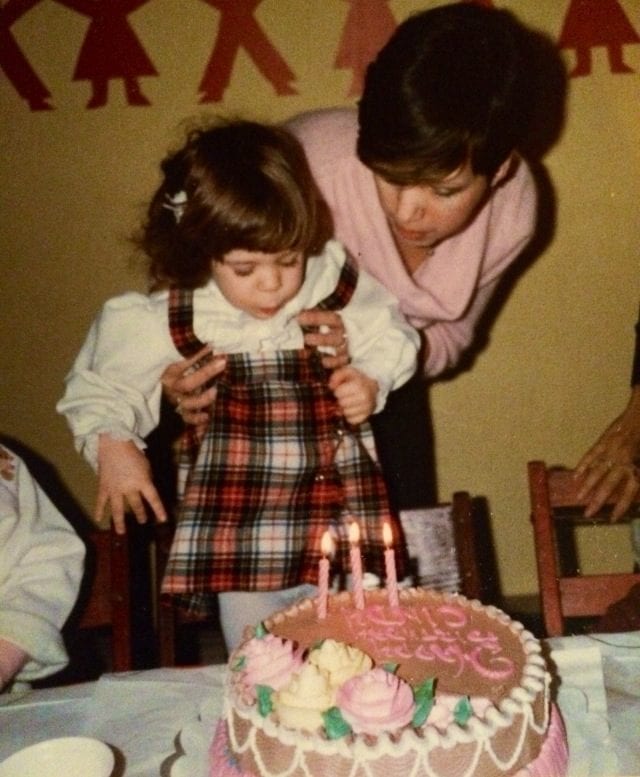 In your case, babies do not come from “mommy and daddy” alone the way they do for most families. Imagine that your answer to “where do babies come from?” involves a mommy and daddy who love each other, an anonymous woman, an even more anonymous man, an apartment in New York City, and a family lawyer. Now try explaining that to a precocious child who, at age four, asks the dreaded question, “where do babies come from?”

In 1985, I was that four-year old who asked my parents this question. In those days, there were no Jamie Lee Curtis books such as Tell Me Again About the Night I Was Born to help. My parents needed to think fast. After all, their precocious child knew if she was being lied to or her questions were being avoided.

“Well,” said my mother, “babies come from a woman’s uterus.” (My mother was never one to use euphemisms.) After my mom finished explaining the biological matter in terms I could understand, I asked her if it hurt to have a baby. She said she didn’t know. I was puzzled for a minute.

I would also find out a few trivial details, like I was born in a house rather than a hospital. I would find out that I was born unexpectedly a few weeks early. Finally, I would learn that the adoption was not finalized until several months after my birth, though I was brought home three days after my birth.

But at age four, all I knew was that a baby is placed by a man into a woman’s uterus, the baby grows until it is born, and that somebody raises that baby. In my case, the people who created me and the people who raised me were different.

At this point, one might think a traumatic moment would have ensued. After all, I was just told that my mommy and daddy didn’t “make” me. But I was not traumatized. In fact, it seemed so normal to me that I thought nothing of telling other people, especially my classmates.

I had no shame in telling people “I was adopted.” It’s normal, right?

My classmates at school did not think so. To them, my adoption story sounded like I was “given away,” unwanted, discarded like trash. For some reason, this sounded so hurtful. It was not my parents’ version of the story at all. Luckily, my parents were there to comfort me and tell me that an adopted child is not “given away” or “discarded.” A child who is set up for adoption is given the wonderful gift of parents who are prepared to, and in most cases, have been waiting years to raise that child as a full member of a loving family.

Years later after my classmates had gotten over their shock at the idea that babies can be acquired, the conversation turned away from bullying and towards questions about my adoption.

“Do you ever wonder about your real parents?” 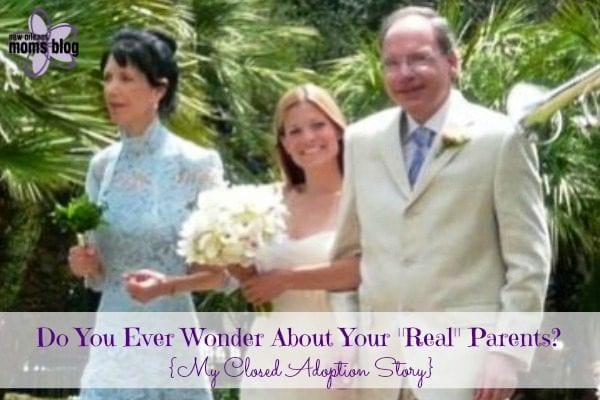 I’m usually quick to process the words of others and answer questions. However, this one stumped me. What did they mean?

I guess I wonder about why my mother covers the floor mat in the entry way with another less attractive floor mat. I wonder why my father is able to remain glued to baseball games but never utter a word of encouragement or ill-will for either team. Was that what this question meant? Aren’t everyone’s parents weird?

“Yeah, like the people who had you. Don’t you ever think about them?”

By then I had learned my lesson that people without the vocabulary, knowledge, and experience of adoption would need a lot more than an answer from me to comprehend why “do you ever wonder about your real parents?” is a complicated and false question.

“My mom and dad now are my real parents.”

Some people stopped asking questions out of frustration of not getting the answer they wanted. Some were complimentary of how my relationship with my parents must be great for me to say that. Some would keep probing, “no, I mean your biological parents. Do you ever wonder about them?”

The answer I’ve developed over time is that “sure, I’d like to know what I have in store for my future health, maybe know my national origin.” Other than that, I have been very fortunate that my life has been so ideal that I don’t think much about my biological makeup unless I’m asked about my family history by a doctor. In layman’s terms, “I ain’t got time for that.” Searching for two people involved in a closed adoption is a violation of their privacy. 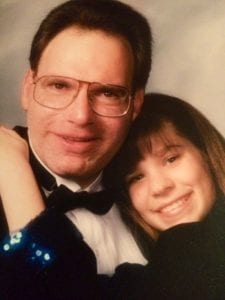 They gave me such a great gift that the least I can do is respect their privacy.

Never mind the fact that I have always had a life of my own, as the real, genuine, 100% birth certificate proven, daughter of Steve and Dee Greenberg. I spent my childhood lucky to have all of my needs met, getting a top-class education, living under (and breaking some) household rules, and most importantly, continually enhancing the already great relationship I have with my real parents. My mom and my dad. The people in the pictures and on my birth certificate.

In fact, the strongest effect my adoption has had on me is how I explain adoption to people, advising people to rethink the use of insensitive phrases like “real parents” and “given away.”

One more significant effect being adopted has had on my is that when it’s time to explain to my own precocious daughter where babies come from, I will certainly include adoption as one of the several ways families can be blessed with a baby.

And even though I’ll certainly explain the “conventional” way that babies are made, I’m pretty sure I won’t say “uterus.” 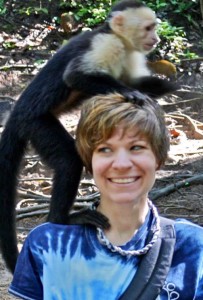 Cindy is originally from New York. She and her husband met while attending school in New Orleans. Together, they have one daughter: the spunky, usually-smiling, globe trotting, two-year old Michelle. When not being a mom to Michelle, Cindy is a high school teacher.

Smooth Transitions: Ensuring New Experiences Are Delightful For Little Ones