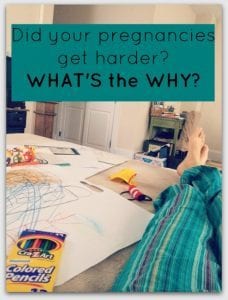 Let’s just say this ain’t my first rodeo at the whole pregnancy thing, but it appears I’m riding a different animal this go-round. And I’m getting one heck of a ride!

Moms: is this just me?

I’m curious to know if those of you who’ve experienced multiple pregnancies found that they got harder. Since I have spent a lot of time these past few months just lying on my bed too tired to do much besides think, I’ve come up with a few theories. Please cast your vote!

Theory One :: Well, it’s not like you’re getting any younger!

It goes without saying that mama is getting older in each of her subsequent pregnancies. Could my extra pains, fatigue, and basic inability to keep it all together be due to my aging body? I must throw out there that I’m actually pretty young in the overall childbearing spectrum. I was just shy of 27 when I had my first child, 29 when I had my second, and I’ll be 32 when my third is born. Could five years really be making such a difference in the pregnancy experience? 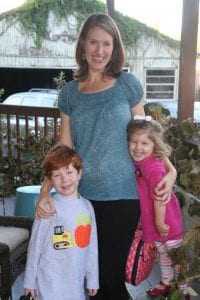 With your first pregnancy, you need only take care of yourself. With your second, you have two hands and one child. Now that I’m expecting my third child, I have both hands full with two children. Could it be my extra responsibilities combined with my pregnancy are why I’m so much more tired? That makes sense, but doesn’t explain why every pregnancy ailment (nausea, pains, and less glamorous associations) have been stronger. Unless you make the argument that because I have more on my plate, I feel everything more.

This gets a little wonky. But could it be that nature is sending clues to the childbearing mother? At the macro level, if pregnancies became easier, then would we overpopulate? At the micro level, would we be doing our own body a disservice by popping out too many kids? If this were true and it’s nature sending me signs, I’m thinking the change between pregnancies would be more subtle. Three babies hardly classifies me as a top-baby-maker, so can I really assign blame to natural selection?

I’m not fully convinced by any of my theories, so included below is a fourth option for you to tell me why pregnancy might be getting harder. Take the poll and tell your tale! Pregnancy loves company!

Why I wanted a “natural” child birth