Our daughter, Emery Rose Smith, was born at 22 weeks 6 days gestation. Needless to say, I had a difficult pregnancy. At 12 weeks, we were told that I was having a miscarriage. When the doctor performed the ultrasound, we discovered that the baby was fine, but that I had a large blood clot. My doctor put me on bed rest from that point onward. It was a very stressful time for our whole family, between having three little boys ages 4,2, and 1, renovating our house and spending every other weekend at the hospital, we were stressed. Thankfully, our friends, family, and even strangers gave us more support than we could have ever asked for.

Once it was determined that the blood clot was getting bigger, my doctor began to prepare us for having a premature baby. Our goal was 34 weeks, but at 22 weeks 5 days, I had my final placental abruption. The ultrasound showed that 50% of my placenta had abrupted. The high-risk doctor told me that if I abrupted just 10% more that my baby wouldn’t make it, and she only had a 5% chance at life if she was delivered that day. Sobbing I said, “BUT there is a chance, right!?” The doctor said, “Yes, but I think you are going to lose your baby. I’m so sorry.”

The next two hours were filled with fear and doubt. I was pumped with every medicine you can imagine. The nurse practitioner from the NICU asked if we wanted them to “try.” We said, “Yes…please!” He said, “We are going to do everything we can.” They explained everything that she is up against, that even if she survived the birth and if they were able to intubate her, that she would have a very long road ahead. The risk of cerebral palsy or mental deficiencies was high. There was a good chance she would need surgery of some kind. She could be in a wheelchair her whole life. The list was long. 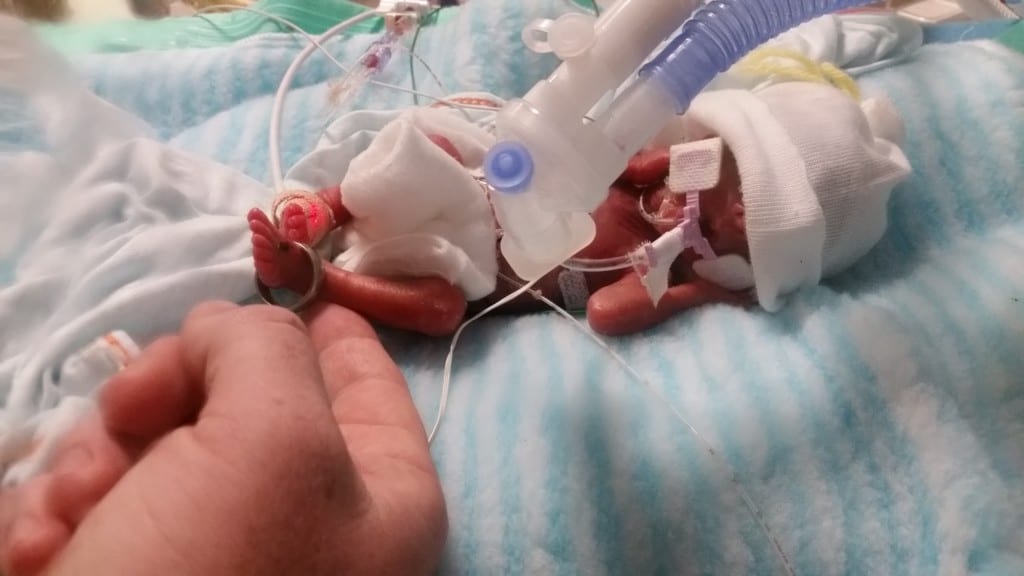 My husband sat at my bedside during the C-section. I have never seen him so scared. I can’t imagine what was going through his head. Emery Rose was born two hours after the tragic news. It all happened so fast. They didn’t tell us when she was born. A few of the nurses quickly took her into the next room to be intubated. Not knowing, we asked if she was out and they calmly said, “Yes she’s out, she’s in the other room.” I asked my husband to go see if she was okay. He came back in with the most beautiful picture. Our 1 pound baby girl with the intubation tube in her throat. The first hurdle was clear.

On day 4 of her little life, we found out that she had no brain bleeds. Brain bleeds are what cause things like cerebral palsy and mental retardation. On day 7, we received the dreaded phone call in at 2:00am in the morning. The Neonatologist said that they weren’t sure if she was going to make it, and that we needed to come to the hospital. Miraculously, she made it through that night … and 130 more in the NICU. There were so many ups and downs, so many medications and IV’s, so many monitors and alarms, so many close calls. She would take one step forward, then one step back … hanging on to life with all that she had.

I struggled in the beginning of our journey. I had so much guilt. I felt like I failed her. I couldn’t touch her because it stressed her out too much. I felt so helpless because I couldn’t do anything for her. I got everyone I could think of to pray for her little life.

We watched our precious, little girl fight and conquer the most mentally and physically challenging obstacles. She was intubated for two months. She set off all the alarms on her monitors almost daily. She extubated herself. She had to be “bagged” on numerous occasions. She had so many IV’s that they ran out of places to put them, even in her little head. She had two eye surgeries, overcame heart problems, and survived 22 blood transfusions. 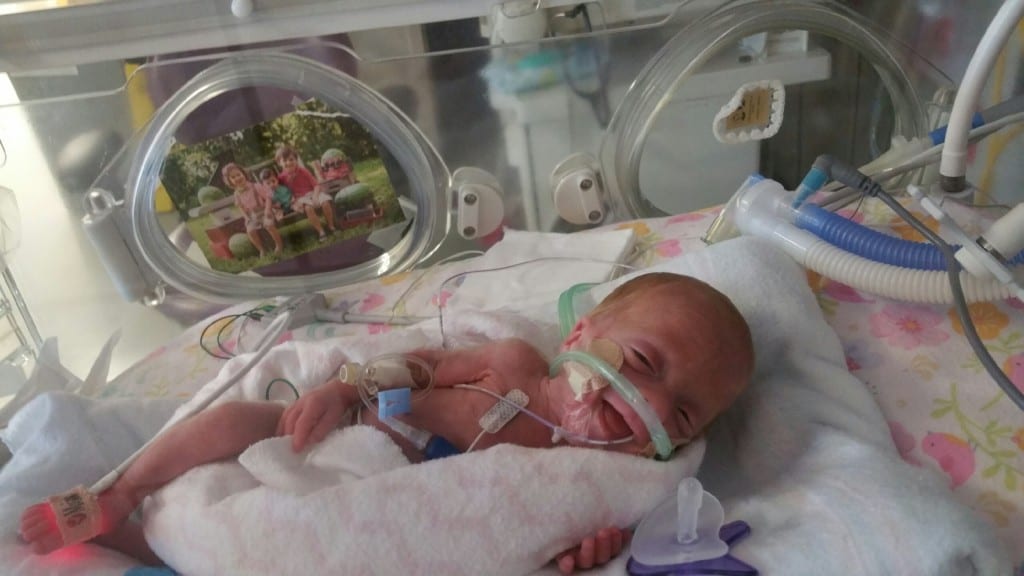 We visited her every day in the NICU, all 137 days. We watched her first little smiles, changed her first diaper, dressed her for the first time, held her for the first time, and did FaceTime with our boys. We decorated her incubator with family pictures, poems, and arts and crafts made by our boys. We cheered her on when she was learning how to take a bottle, read her stories, sang to her, prayed for her, and held her little hand whenever we could.

Emmy came home on July 18, 2016 after over four months in the NICU. She is our miracle. She looks and acts like a just like a normal, healthy baby. I am amazed reflecting back on her journey because she had to overcome so much. She is such a gift to our family. I am forever grateful for all the people that helped get her to this point. The NICU staff and doctors at East Jefferson hospital and Tulane Woman’s Lakeside are absolute angels. We owe her life to God and the medical staff who worked tirelessly to save her life on so many occasions. 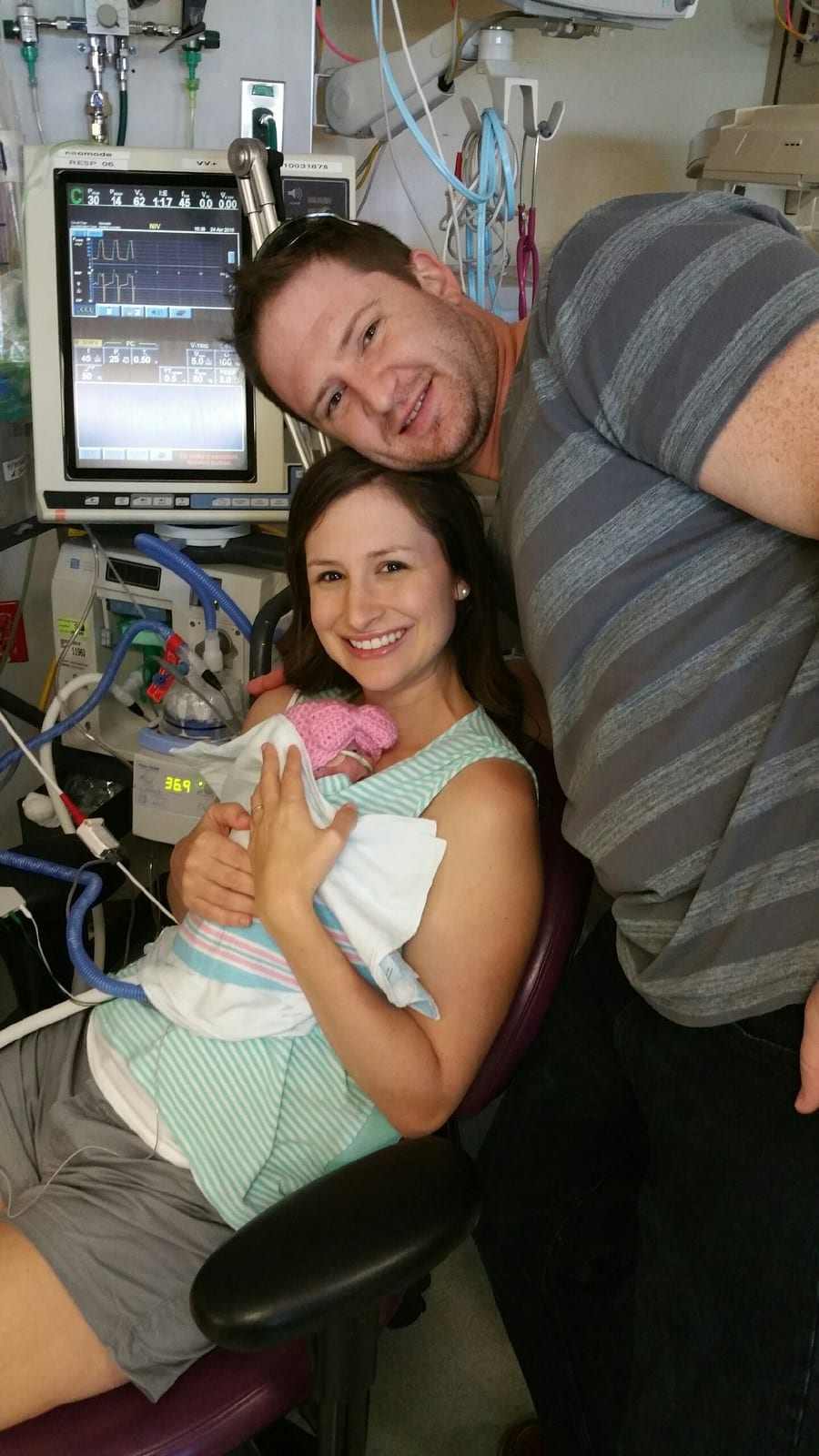 Aimee is a follower of Jesus, loving wife to her husband Jonathan, and mom of 3 boys, Luca, Levi and Leo, and 1 girl, Emery Rose. She spends her time homeschooling and working part time. She loves to work out and read.

Smooth Transitions: Ensuring New Experiences Are Delightful For Little Ones

New Orleans Moms Who Inspire: Amanda of Waxing the City