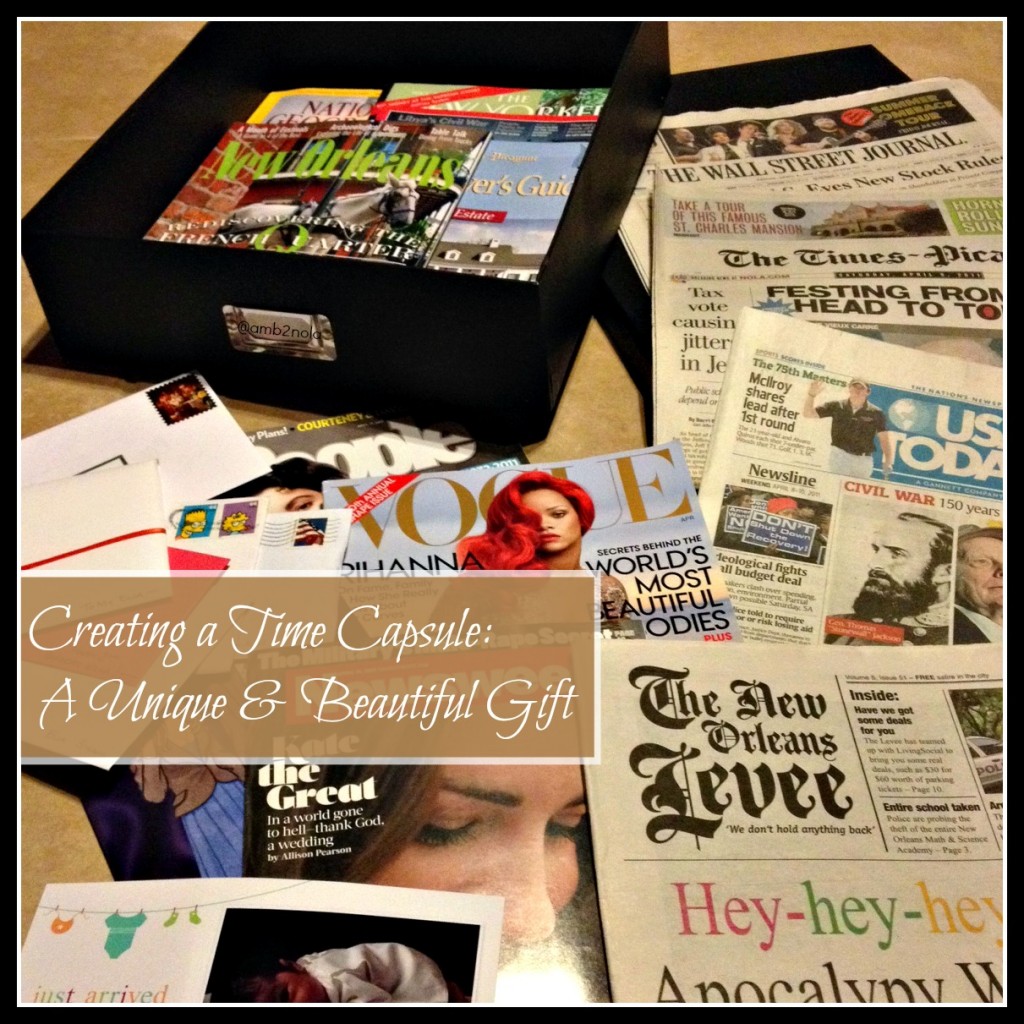 While classmates of mine received cars, concert tickets and college dorm supplies for their 18th birthdays, I received a bulky dark brown accordion style folder. Faded from nearly two decades of storage, I slowly unwinded the string around the circular clasp. It was my time capsule, created the week I was born and highlighting the day and times that marked the beginning of my life. The entire Times-Picayune newspaper was still perfectly folded, with a faded yellow glow, crisp to the touch. A Newsweek and Time Magazine were included, along with women’s magazines highlighting fashion and gossip of the week. It was a glimpse of what life was like then: Carter was president, “Meatballs” had just hit the theaters and gas was less than a dollar a gallon. As an eighteen year old, it was an awakening to a different time in history. But the most heartfelt portion was the letter written to me, a newborn of only a few days, from my father. Despite the chaos of a new life, both my parents carefully thought of this detail, packaged for me to enjoy on my 18th birthday.

Before our two were born, I thought about my time capsule and wanted to create the same unique gift for our children’s 18th birthdays. I wanted to not only create the same package but also include letters and memorabilia, as well as incorporate letters from us on a yearly basis on their birthdays. I settled on an over-sized square acid free storage box that was large enough to hold an entire newspaper, thick magazines, pictures, mementos and letters. I reached out to family members to take care of purchasing newspapers and magazines the day they were born. I also told our families about the time capsules and asked those interested to mail our newborn a letter from their address addressed to our kids with a letter, picture, poem, token, etc. as a memory of where everyone was at that point in time for them to open eighteen years later. I was extremely touched when our kids began to receive letters addressed to them from their aunts and grandparents. Our children’s time capsules continue to grow, as I include not only birthday letters about their developing personalities and life adventures, but their likes and dislikes as well as advice and my hopes and dreams for their future. I have also included their baptismal candle, clippings from their first haircut, birthday cards and other memorable items. I am truly looking forward to seeing their faces when they open their time capsule and know that they were already so loved before their birth. 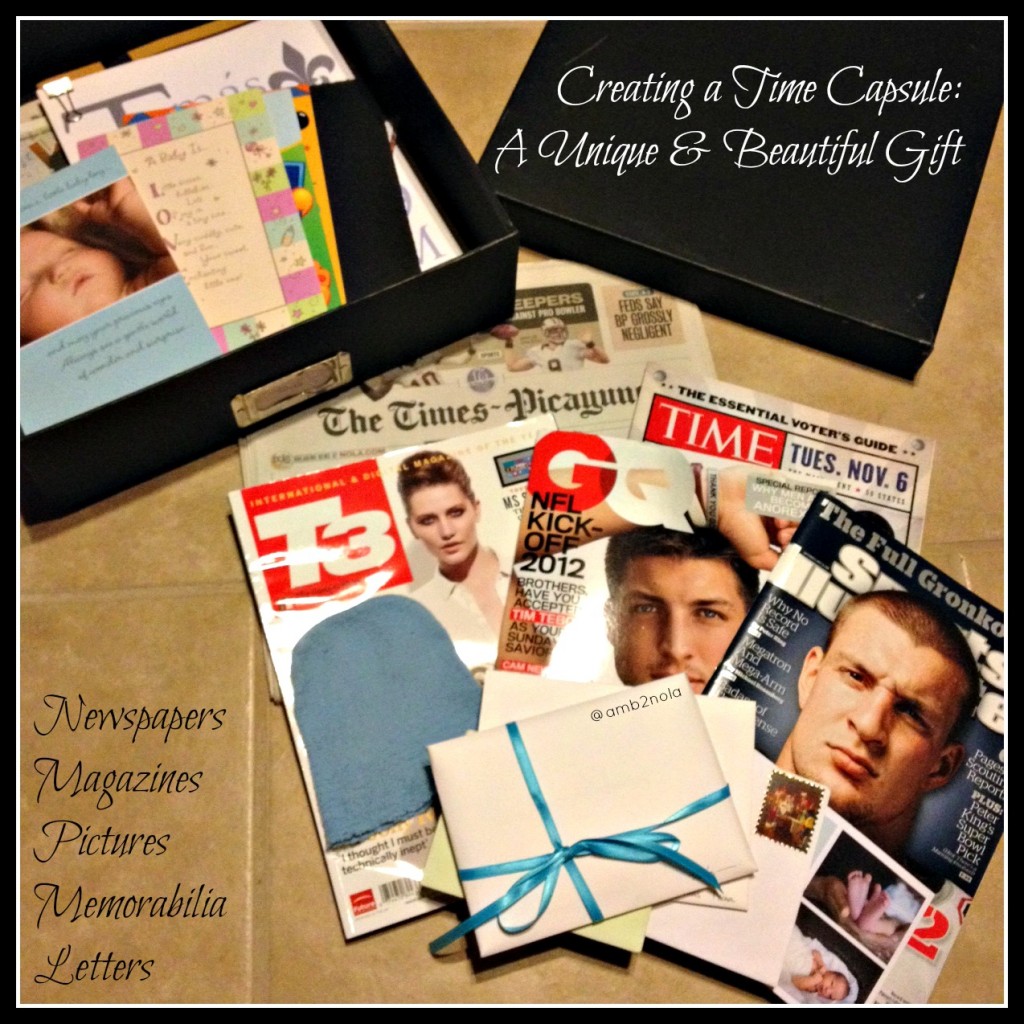 It is never too late to start a time capsule. And the idea could be incorporated into a baby shower where guests provide quotes, advice or predictions on the baby’s future. And, why not include some of these publications with a newborn’s gifts for the busy parents to save and share one day with their child?

Have you created a time capsule for your child? What unique items have you included?

Why We Attend Our Children’s Classmates’ Birthday Parties