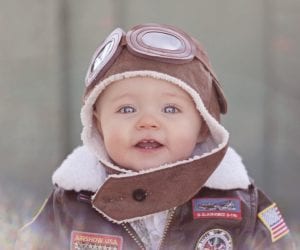 On March 11, 2014, I placed my iPhone in a cup of water I left in my car, rendering it useless. That Tuesday seemed like a really crappy day; little did I know the world as I knew it was about to be shattered.

That afternoon, I walked into school and laid eyes on my beautiful son, Drew. Drew ran to me with his typical excitement and huge smile, all was right with the world. No matter how hard of a day I had, reuniting with Drew literally seemed to melt the stress away. We went through our typical nightly routine; play, dinner, bath, story without a hitch. He had just gotten a new book and he was so excited, I read him two stories that night. Drew was a master of “Toot-Toot” and that was certainly the phrase of the day. I laid Drew down, he gave me a little smile and I closed his bedroom door.

On the morning of March 12, we woke up and began getting ready. Drew was still sleeping which was typical. My husband went to wake Drew and realized immediately something was wrong. He screamed for me to call 911; I ran into Drew’s room and suddenly experienced a pain in my heart that no mother should experience. Our beloved child, Drew Joseph Boswell, had passed away in his sleep at 15 months old. The next few hours are a blur as EMTs, firemen, and detectives all confirming a nightmare I prayed to wake up from, Drew was gone. The initial results revealed no reason for our loss; he was by all accounts a healthy little boy. 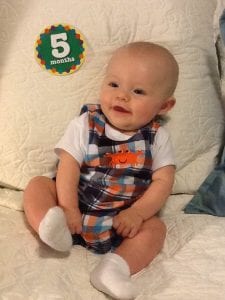 Devron and I, who just a few months prior, had been planning Drew’s 1st birthday party and were now faced with planning a memorial. How could this be? My healthy, happy, brilliant boy was gone and I am still here? How would our house ever feel like home if we were not surrounded by books, trains, and Legos the size of our head? I would never get to snuggle or kiss Drew again during my lifetime? Then it hit me: my phone was gone, and I had lost countless photos and videos that were irreplaceable! Realizing I was never going to see those last photos made me cry harder. Only a day earlier, I thought not having a phone was a bad day. I had no idea what a bad day really was.

As I was sitting there with my husband in the chaos of friends and family who rushed to our side, I had never felt more alone. This feeling of anger and hate came over me; I literally felt like two hands were squeezing the love out of my heart. Then I began to think about Drew and how he showed us what unconditional love was every day. Drew loved everyone he met during his 15 months with us. Whenever we went places with him, people would stop in their tracks and just smile. I will never forget walking through LAX with Drew and a businessman who was running to his gate stopped in his tracks and said, “What a beautiful baby.”

As a busy Mama, I often felt like a hot mess surrounded by a tornado of paper containing the to-do lists I never quite managed to finish. I was so hard on myself about every aspect of my life. Being Drew’s mother allowed me to love myself more, because he thought I was fantastic even if my expense report was late. At that moment, I realized I could not let the loss of Drew turn me into a negative person! I was Drew’s Mama! I had to stay positive and honor the amazing little man whose tiny hands we got to hold for 15 months. I would never get to see Drew start school, play sports or get married; but I was able to see him smile, talk, walk and boogie his little heart out. I had to focus on the things I DID get to do and honor our little boy. 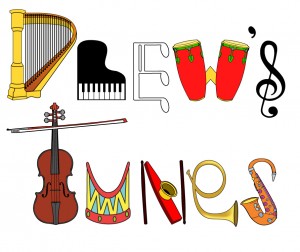 Right there on that first day, the labor of love that is now Drew’s Tunes was born, the brainchild of two loving parents. Drew loved nothing more than to boogie and play his array of tiny instruments. We would honor Drew by providing children with musical instruments and other resources. Drew’s legacy could carry on through these children! Drew’s Tunes was a way for this Mama to ensure her son’s legacy burned bright. When facing the unimaginable, I realized the love I had for Drew made anything possible. The response and support Drew’s Tunes has gotten has been overwhelming and a testament to our special little man.

A fund we set up in his name allowed 30 children to attend a summer camp, which they named Drew’s Krewe. Because of Drew, these children were able to sing, dance and learn in a safe, warm environment. Seeing the camp for the first time was hard, but rewarding. A tiny child came up to me and said “Are you the angel’s Mama?” I smiled down at her and said “yes”, and thought to myself I will always be Drew’s Mama.

The cell phone that ruined my Tuesday sat in my house reminding me of the all the memories we lost. After we were told the photos could not be retrieved, we found someone that was willing to try. They told us not to get our hopes up, the phone was fried due to be being submerged in water. Well, we got a call a few hours later, they were overjoyed to tell us ALL of the images had been retrieved; showing us yet again that anything was possible. 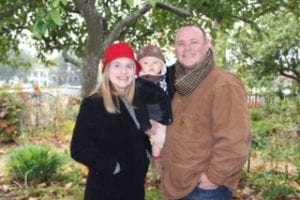 Georgia Boswell hails from Minden, Louisiana, but has been proud to call New Orleans home for 10 years. Georgia attended Louisiana Tech University for undergraduate and has a Masters in Hospitality and Tourism Management from  the University of New Orleans. She enjoys reading, traveling and enjoying the many treasures New Orleans has to offer. Georgia has always worked in sales, first in the hospitality industry and currently in medical sales. She met her husband, Devron, during Mardi Gras 2007 and they officially became Team Boswell on May 23, 2009. They were blessed to welcome Drew Joseph Boswell to the world on November 27, 2012. Drew passed away from SUDC (Sudden Unexplained Death in Childhood) on March 12, 2014. Georgia and Devron started Drew’s Tunes to honor Drew by providing musical resources to children and supporting SUDC who provided a wealth of resources to their family after the loss of Drew. Georgia hopes to have more children and tell them all about their amazing big brother.

Choosing Not To Plan A First Birthday Blowout

Social Distancing :: Are You Doing It Right?