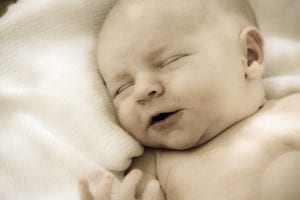 April 19th, 2010. I can’t believe it was almost three years ago. That was the day I became a MOM. I remember hearing my sweet baby boy cry for the first time, laying eyes on him and immediately understood that old saying “love at first sight.” In an instant, he became my everything. There I was a new mom with a new baby, full of worry, doubt and fear. This little guy, so sweet and innocent, would depend on ME for all his needs.

I had prepared for the birth, went to classes on breastfeeding and decided early on I was going to breastfeed. After all, I worked for the Maternal and Child Health program, and how many times could I hear “breast is best?” I was aware of the numerous benefits of breastfeeding to both baby and mother. I even taught that breastfeeding reduced the risk of Sudden Infant Death Syndrome (SIDS) in my parenting education programs. Both of my sisters breastfed, and it just seemed so natural and easy. This was such an easy decision: no cleaning of bottles or nipples, no messy formula and a supportive hubby who’s favorite quote is “if it’s free, it’s for me!”

My decision was easily made, 100% breastfeeding…now if only my breasts got the memo! I never felt like my milk came in. Two days after being discharged from the hospital, we had our first pediatrician appointment. Of course, they checked his weight and he lost, which I was told was normal. My pediatrician, a little concerned, sent me to the lactation specialist where they weighed Cooper before and after a feeding to measure how many ounces he was getting on each side. Cooper breastfed on both sides, and after weighing him, the lactation nurse determined he only got about one ounce between the two. My pediatrician suggested we supplement in addition to breastfeeding after every feeding. As she told us this, the tears began to roll down my face. I felt like such a failure as a mother. How could this be? Both my sisters breastfed with no problems. In fact they were like dairy cows, and here I can’t even squeeze more than about an ounce from both breasts to feed my baby. I am his mother, and I am supposed to be able to provide for him to meet his needs.

The lactation nurse gave me a protocol to follow to increase my milk supply. Breastfeed, supplement with formula and then pump for 15-20 minutes on each side. Thank goodness for double breast pumps! We have all heard that old saying that everyone tells a new mother, “sleep when your baby sleeps.” By the time I finished my feeding ritual, it was time for Cooper to eat again, and I was purely exhausted. The lactation nurse also suggested taking two supplements to help increase my milk supply, goat’s rue and fenugreek, AKA make your body smell like maple syrup. I also drank that NOT so delicious mother’s milk tea and was eating oatmeal, raspberries and the occasional beer with no noticeable increase in supply.

I kept this craziness up for 12 weeks and after much stress and many tears, finally called it quits and threw in the towel. In other words, I PACKED UP THE BREAST PUMP. I decided to strictly formula feed Cooper. The stress and anxiety of dealing with breastfeeding, bottles, pumping and cost of the supplements with no change in supply was just not worth it anymore. I was losing my sanity, and I wasn’t being the best mother I could be to Cooper, always agonizing over this breastfeeding dilemma. Plus, the very next week, I found out I was pregnant again! My husband knows how hard it was for me to make the decision to quit, and he always reminds me that Cooper got the colostrum, which is supposed to be one of the most important parts of breastfeeding.

Moving right along. Camille was born, exactly 12 months and 5 days after her big brother. Decision time again: breastfeed or formula feed? I figured let me give this another shot. Second time around, my breasts may be different, and I might end up being just like my dairy cow sisters this time! I would never know unless I tried, and I didn’t want to regret not attempting if the outcome could be different this time. 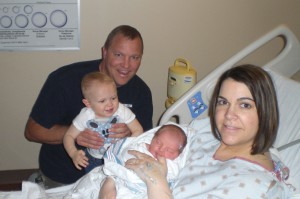 I know this might sound a bit redundant, but here goes. At Camille’s first pediatrician appointment, she lost weight, go figure! Knowing the breastfeeding difficulties I faced last time, my pediatrician sent me to the lactation consultant. You probably can guess what happened next? The nurse weighed Camille before and after feeding, and we got the same results. Not enough milk. Pediatrician suggested supplementing with formula after breastfeeding. This is déjà vu! Me, already going through this once, thinking I am stronger and this won’t upset me as much sat there with a sickness in my stomach and the feel of tears rolling down my face. I am completely devastated and feel like a failure! 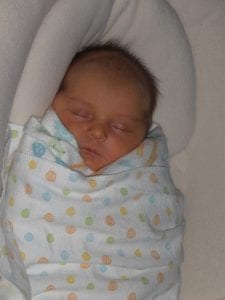 My pediatrician, seeing the frustration and knowing how badly I wanted to succeed with breastfeeding the last time, made a suggestion for me to research the prescription medication, Domperidone. This medication is used to treat gastrointestinal (digestive problems), and studies have shown it increased breast milk as a side effect. Considering all the things I tried last time with no success, I wanted to give this a shot. My husband, supportive as always, just wanted me to be happy. My OB/GYN sent the prescription to a compounding pharmacy, and I started taking it the next day. It was not cheap, but I wanted to see if it worked. My pediatrician wanted me to continue to supplement with formula until I could get an appointment with the lactation consultant again. Unfortunately, increased breast milk was not a side effect for me. I had no change in amount of milk supply. Determined not to give up, I continued to take the prescription for 6 weeks. After no increase and having to continually be interrupted while breastfeeding with a climbing and active 1 year old, I decided to strictly formula feed again when Camille was just 7 weeks old.

It just goes to show you, no matter how much research, planning or preparation is involved, sometimes the things we desire are out of our control. A good mother is not defined by natural births, breastfeeding or homemade baby food. A good mother is one that loves and meets the needs of her children. I had to step back and realize my desire to breastfeed was controlling me, and as a result, I was NOT meeting the needs of my child because I could not provide the sustenance to keep them satisfied or healthy. I felt like a failure and was worried what my family, friends and coworkers would think if they found out I wasn’t breastfeeding. I think often times we worry too much about what society thinks and not enough about what is BEST for us or our family. It is important to remember, none of us are the same. What comes easy to some may be difficult for others. If you were able to breastfeed, I congratulate you and am honestly a little jealous, but please don’t judge those of us that didn’t or couldn’t because you may not realize how sensitive or devastating this situation may be for me and my fellow non milk producing mommies!

I think one of the most important roles of a mother is to be supportive of other mommies. Can any of you relate to having a low milk supply? How do you think you can you be supportive of fellow mommies with similar situations?

Say Goodbye to Sleepless Nights: Using a Reward System to Get...