The brachial plexus injury community is recognizing the Annual International Brachial Plexus Injury Awareness Week during the week of October 20-26th and the month of October. A brachial plexus injury is the result of an injury to the nerves in the neck and shoulder that make the shoulder, arm and hand functional. The resulting paralysis, also known as Erb’s Palsy, differs according to the severity of the injury.  In most cases, this is caused from shoulder dystocia during birth, which means the affected shoulder becomes stuck in the birth canal causing the nerves to be stretched, damaged, or torn. Generally vaginal delivery of a baby with a high birth wait is the cause of shoulder dystocia. 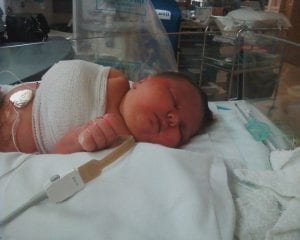 Many times, families with members who have been inflicted with this injury are unaware of the treatments currently available to them, either through misinformation or lack of awareness. Those of us in the local community of individuals and families affected by brachial plexus injuries hope that we can provide a source of information and hope to those who seek treatment.

I’d bet you didn’t know that Adrian Clayborn, defensive end of the Tampa Bay Buccaneers, also has a brachial plexus injury from birth? Well…he does! Brachial Plexus Injury Awareness Week is very important to Adrian, and he wants to give back to the community!

He has offered to answer your questions in our “48 hour Question Connection” forum. He will choose a few of your questions to answer on video to be posted during awareness week October 20-26. 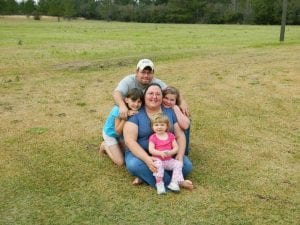 Two years ago, I became mommy to a child born with BPI caused by shoulder dystocia and now suffers with Erb’s Palsy. When my daughter Cheyenne was born, I had never heard of some of the words being thrown at us. I only recently happened upon a facebook group for BPI awareness, and now know that there are thousands of children and adults who have to bare this burden. Among this community, we are one of the lucky ones. Cheyenne’s nerves were only stretched and not torn or badly damaged. However that does not mean that she has it easy. Thankfully, she has the best dad in the world (in our opinion of course), and 2 very understanding and supportive big sisters. Of course, I would go to the ends of the earth for her, to help her thru the rough days. It has now become our mission to spread awareness on BPI to help those who may think they have to deal with it all alone.

Pearls of Wisdom :: Knowledge Gained from My Almost 40 Years...