Beginning a family was in the 2-year plan for my husband and me after we got married in October 2014. We delayed our honeymoon until the following June due to work, school and life. We were planners with a timeline of when and how everything would work out, including when a baby should join our family. By August 2015, we found out that we were expecting, following right in line with our plans!

We were anxious to have our first OB appointment so we could see our little bean. As a high school softball player, I experienced a rough experience with exercise-induced asthma (I know, right? What a perfect excuse to not exercise). Because of this, it was determined by my OB that it’d be best to schedule appointments with a maternal-fetal medicine specialist (MFM) to ensure that everything continued smoothly with my pregnancy. The first appointment with our OB went effortlessly, and we were anxious to begin our appointments with MFM. We shared giggles with our OB during one appointment as our sweet babe greeted us with a Vulcan salute (where are my Star Trek fans at?). My pregnancy was flying by; I enjoyed the sweet cravings of Dr. Pepper, bagels and cream cheese and white cake with white frosting (specifically from Target’s bakery). We had picked out baby names weeks in advance of finding out with what were to be blessed with. We came to find out that Brooklyn Ann would make us a family of three. 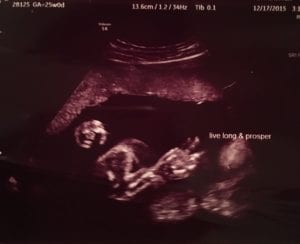 As we rolled (yes, rolled, I was eating my fair share of cake) into the 32nd week of our pregnancy, we had what was to be our final MFM appointment with a scheduled growth scan. As my husband and I were eagerly sitting and staring at our perfect little babe, I watched carefully as the ultrasound technician was meticulously taking measurements of each body part. I thought to myself, something is off. Why was her head measuring at 38 weeks but her femur is measuring at 28 weeks? I looked to the technician for some reassurance; surely this was a mistake. She kindly stated that sometimes shadows occur while attempting ultrasound images, and it could be attributing to the inaccuracy of measurements. I knew then and there that this appointment was going to be different. After excusing herself from the room to get the doctor, I looked to my husband and said “something isn’t right; these measurements are very off.” He too attempted to reassure me. Our MFM doctor returned to the room with the technician and began his own assessment of our Brooklyn’s bones. Again, as clear as day, as each bone (the femur, humerus, tibia, etc…) was measured, they were roughly 6-8 weeks behind compared to our baby’s gestational age. Her head remained measuring weeks ahead. Both left the room, and my husband and I sat in deafening silence.

I began to panic inside; what was happening?

How could my perfect pregnancy suddenly feel so dark and distant? This was not in our plans. The doctor returned and began to tell of his assumptions – our daughter would be born with some type of skeletal dysplasia. Skeletal say what? He goes on to explain that there are over 400 types of skeletal dysplasia, and it would be very difficult to narrow down which form Brooklyn had prior to birth without extensive testing, which we were not willing to risk the baby. He recommended that we follow up with a seasoned fetal radiologist who may be able to tell us more as he saw some concerning features to our daughter’s femurs. To say we felt defeated leaving that appointment was an understatement. Waiting for two long, excruciating weeks to see the radiologist was HARD. When we finally went to see the radiologist, we were only to be told that now our daughter could potentially be diagnosed with osteogenesis imperfecta (or what most know as brittle bone disease).

I again thought to myself, “this can’t be happening.” Google became my enemy. 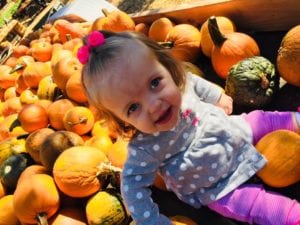 Those last 6 weeks of pregnancy dragged on. My entire birth plan unraveled before my eyes. Preparing for a natural delivery, I found myself scheduling our daughter’s due date by C-section (which was two days after my own birthday). Our plans went right out the window, and oddly enough, I began to feel this overwhelming sense of peace and reassurance that all was going to be alright. The morning of March 28th, we prepared to meet our daughter with NICU resources at our bedside as we did not know what to expect at her delivery. And before I knew it, there she was, on my chest and just absolutely perfect. Our sweet girl was formally diagnosed with Achondroplasia, also known as dwarfism.

The most perfectly unplanned event turned into our greatest adventure yet. 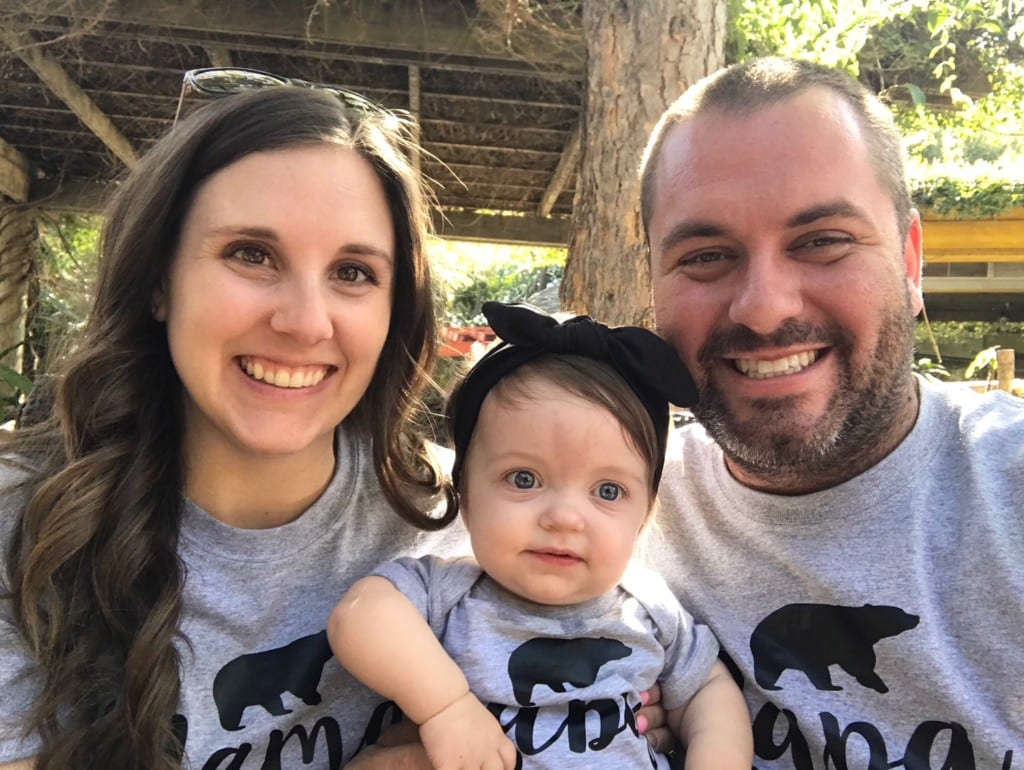 Chelcee Howard lives in Southern California with her husband, Matt and beautiful daughter, Brooklyn. Brooklyn is diagnosed with Achondroplasia, or what most may know as dwarfism. As a family, we enjoy spending time outdoors, watching Disney movies and eating! We are doing our best to provide education and an understanding of Brooklyn’s diagnosis to those that may not have a first-hand experience with dwarfism.

Keeping Your Kid (and Yourself) Calm on the Route: A Breath...