When I became a mom, I wasn’t sure where I stood on the great sleep training debate. Of course, we all want the best for our children, but as a first-time mom I was bombarded with opinions of what was “best” and those opinions often contradicted themselves. I didn’t want my “selfish” need for a good night’s rest to cause damaging attachment issues for my child, but I was really struggling with my child’s lack of predictable sleep. It wasn’t until I listened to a podcast with Jennifer Waldburger (co-author of “The Sleepeasy Solution“) that I decided I would attempt to sleep train my child. 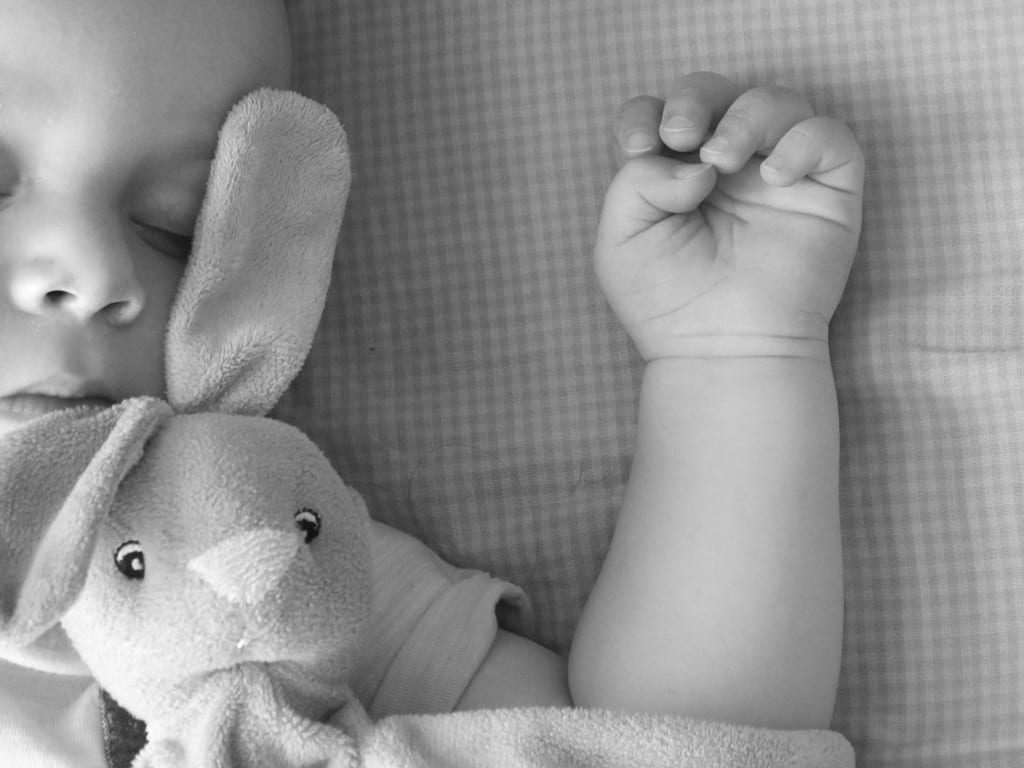 We didn’t attempt to sleep train until my son was two years old. At the time he was still in a crib, and it took an hour our more to get him to sleep. Once we rocked him to sleep, transitioning him to the crib was always a dangerous gamble. If we finally made it out of his room without disturbing him, it didn’t always mean he would stay asleep through the night.

For the most part, I parent by instinct. I’m not the mom who is up on all the latest research and reads all the parenting books. I usually navigate raising my child by following his cues and doing what my gut tells me. Listening to my child cry didn’t sit right with my momma instinct. If my child is crying, my child needs me — it’s that simple.

It’s true that helping your child have better sleep nutrition probably won’t come without a few tears (which may tug on your heartstrings), but it’s important to remember the bigger picture. When my son was tiny he hated riding in his car seat. He would cry and scream to the point that I dreaded going anywhere, but I never resorted to taking him out of his car seat while in a moving vehicle to calm him by holding him. I knew that his safety was the bigger picture, and eventually he learned to ride in his car seat without tears.

The same can be said for sleep training. Yes, it may involve some tears and a couple of rough nights while everyone is transitioning, but if the bigger picture is better health and happiness for everyone it’s probably worth the work.

Not only are you at more risk for making careless mistakes that could put your and your child in danger, lack of sleep can have medical implications like mental instability and weight gain. Better sleep not only makes for happier parents, but the baby’s health and happiness is usually also improved with non-interrupted sleep.

Sleeping Through the Night

For some children, staying asleep through the night may be a bigger issue than falling asleep. The sleep expert explained that humans have a biological defense mechanism where after we fall asleep, we intermittently wake to make sure that our surroundings are the same — if they are, we will fall back to sleep and if there’s something different, we will wake up to investigate.

This defense mechanism may have kept our ancestors from being eaten by saber-tooth tigers back in the day, but it’s also the reason why babies who are rocked to sleep tend to wake up in the night. The last moment they remember was being in your arms and looking at your face, and when they wake up at 2AM they’re upset because they can’t figure out where you have gone or how they ended up in their crib.

I told my husband that I wanted to try this method of sleep training. We would create a predictable night-time routine so my son would feel loved and safe. Then my husband or I would place him in his crib while he was still awake, leave the room, and shut the door. I would set a timer at increasing intervals to go back in and check on him, and eventually, he would learn to put himself to sleep. It sounded easy enough.

After brushing his teeth, reading a few books of his choice, turning on a white noise machine, and signing three lullabies, we placed him in his bed and left the room. I set the timer for 30 seconds and waited outside of his door.

On night one, there were tears — lots of tears.

He cried out to me and told me he wanted me. Hearing him say, “Mamma, I need you!” and not rushing to his room to pick him up was hard. Like, really hard. I kept the bigger picture in mind. When the bell of the timer went off, I calmly went into his room and told him I loved him, everything was ok, and I instructed him to lay his head down. I left the room and set the timer for one minute.

He was conditioned to have me come every time he wanted, so watching me leave the room without so much as touching him set him off.

After one minute was up, I opened his door calmly reinforced that he was safe and loved.

I knew that he would feed off my energy, so if I went into his room every time apologizing and telling him I hated this as much as he did, he would sense that something was wrong and probably never calm down. So, every time I entered his room, I took a deep breath and tried to stay composed. I left the room and doubled the time again — two minutes.

Eventually, he fell asleep, and he did, indeed, sleep through the night. But man, that first night was hard.

Night two was more of the same. After our routine, it took several minutes of calmly entering his room to soothe his crying before my son eventually fell asleep on his own. By night three, I walked out of his room the first time and heard silence — blissful silence.

There was no crying, there were no timers, and my son continued to be a cinch to put to sleep after that moment.

Things that Wiggle the Routine

The sleep expert explained that once your child becomes a sleeping pro, there are things that can wiggle the routine such as cutting a tooth, getting sick, travel, or a developmental breakthrough. We recently transitioned to a toddler bed and that experience came with a new set of hurdles to overcome.

In Defense of Living Together Before Marriage

My Dream For Myself Doesn’t Match My Reality…