I see you at the end of baby boy’s first year in a great place with nursing. You surmounted all the early obstacles, you’re way past that feeling of only being a boob, and it’s a bonding experience for you both. Yet, all of a sudden, with the approach of the one year mark, a hint of anxiety is sneaking in. Why, might I ask, if everything is going great, would you be starting to worry?

You probably know that, statistically, your nursing mother comrades are becoming less. You are aware that while nursing until the first birth date is celebrated, nursing past it can be taboo depending on your company. 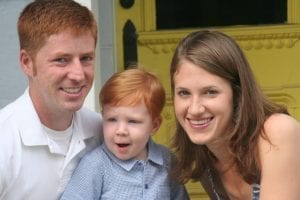 I know you know the World Health Organization recommends nursing for at least the first two years, and the American Academy of Pediatrics says to nurse at least for one year and then as long thereafter as mutually desired. You know that research shows the benefits of breast milk in the toddler years. You know logically that just because he’s old enough to tolerate cow’s milk doesn’t change the fact that the milk of the mother is still ideal. I know your husband is fully supportive of you. So, what’s the issue?

Maybe it’s that you are new at this mothering thing, and you question all of your choices to some degree. Maybe as confident as you might outwardly appear, you care more than you admit about what other people think.

So you buy some books and start educating yourself more. You know you’ll continue to nurse because you know it’s what both you and your child want. That it’s the obvious right choice for this mom/baby duo. 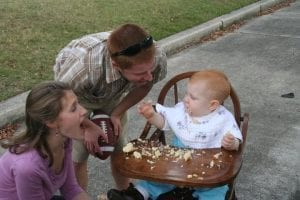 On your child’s first birthday, you do feel like you are crossing some invisible line. Was it really socially acceptable to nurse this child yesterday, but not today or tomorrow? But two things you do know: first, now that you have a one year old, you know that a one year old is still a baby. Second, since your baby still regularly nurses five times a day, you want to wait until he seems less interested to make any changes.

For the first few months of the second year, you are pretty confident sharing that you are still nursing. But then you become a little less so. You do drop the middle of the night feeding, and so now you loosely say that you are weaning since that makes it seem like you have the intention to be done at some point. You let the audience think that means soon, but I can see you are settling in for a more gradual pace. 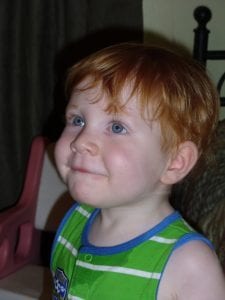 When you are nursing, everything is positive. When you are analyzing nursing or talking with someone who is less supportive, the doubt creeps in. If I could give you hindsight, I would. Then you’d know that you are wasting time caring what other people think. You know what’s best for you and your baby. Nursing is natural; breast milk is awesome; history and biology are on your side. Just own it!

At about 18 months, your little one has naturally dropped one daytime feeding because he’s so busy exploring the world. You are feeling tired of being tied to the nighttime routine, so you decide to drop the before bed feeding. You wonder how this will go. Will he be upset? Dad steps in to handle bedtime for a few days, and when you put him down at the end of the week, you don’t offer, and he doesn’t ask. 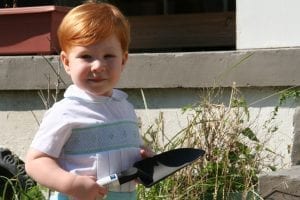 This leaves two feedings: the early morning and the late afternoon. You both could probably go on like this for a long time, but you have it in your head that you will be leaving all traces of social acceptableness behind at the 2nd birthday mark. You fear that even those in your circle who nursed, and who are generally supportive, will stop being so. So you drop the afternoon feeding around 21 months. Again, the little one doesn’t seem to mind.

Now you are pregnant, and since you are only nursing once a day, it’s less comfortable, and you feel like it’s the right time. But you feel sad. You love this child, and you have loved nursing. He’s nearing the 2 year mark, and you see his babyness fading away. But when he’s nursing, he is that baby he’s always been. You worry he’ll feel rejected. You have the last nursing session…about five times because when you say no, he looks anxious and like he’s going to cry. But now the nursing isn’t every day, and he’s starting to seem less attached. There is the last time that really is the last time. And he’s fine. And you are fine too. 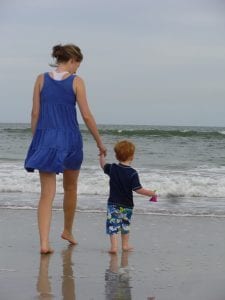 til he was 23 months to the day. Now that you have successfully weaned him you realize the confidence comes after the fact. You think nothing of saying that you nursed a toddler. So why did the confidence only come after you weaned? While you were nursing him, you were right there seeing over and over how normal and natural and right it was for the two of you. Wouldn’t it be logical to have been confident then? Maybe it’s just easier to say you did something in the past versus saying you are doing it right now. Maybe you were nervous of judgement of never weaning the child, but once you’ve done it, you feel that everyone will be happy.

Well former self, please talk to your future self. When your little girl turns one this summer, will you remember all you’ve learned? Will you be an example to your family, friends, and community to show that nursing is the most normal thing on the planet and that that doesn’t end when the calendar strikes one?

The reason for the season: ideas for focusing outward during the...

TV is only for “special occasions” in our house … what...