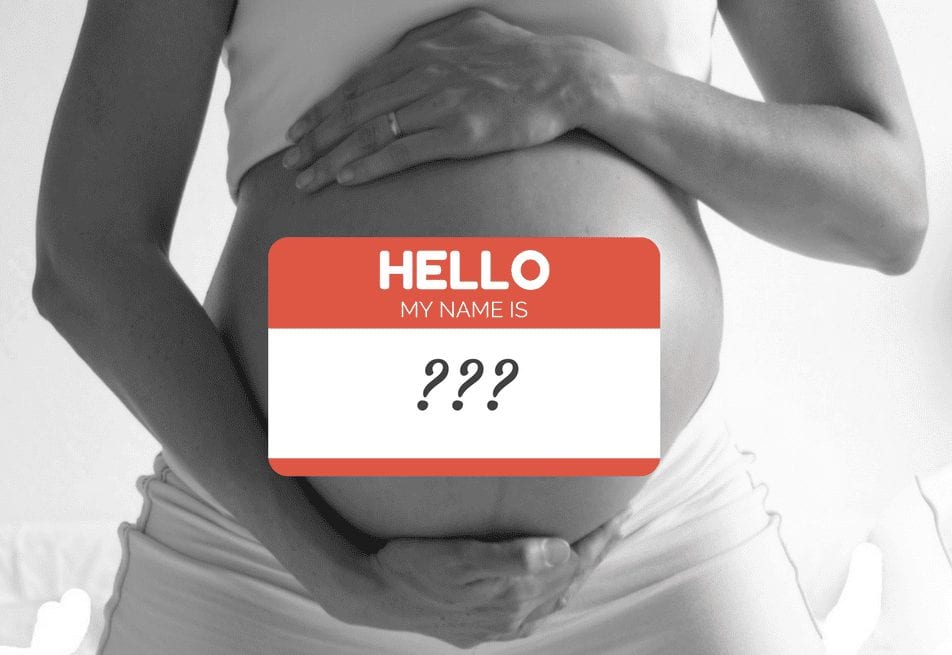 Choosing the perfect baby name is one of the first important decisions parents make for their children. Names are important and they have to stand the test of time. So what all goes into deciding on the perfect baby name? More than you would think! Here are a few questions I suggest you ask yourself before you commit:

Does the monogram look good / are the initials vulgar?

This is especially important if you live in the South, land of monogrammed children’s clothing. Remember, the last name initial goes in the middle, so do your kid a favor and make sure their monogram isn’t SOS. And please, try to avoid having your child initial the 47 pages of their future mortgage agreement with the initials “BJ.”

Do the first and middle name flow?

I don’t know about you, but whenever I get mad at my son, I say his first and middle name together in a stern voice. When I’m trying to decide on a baby name, I always say the two names out loud in an aggravated tone to make sure the names sound right, you know … for the toddler years!

Do I like the nicknames I KNOW will happen?

Do you like the name Adelaide but hate “Addie?” You better rethink the name because you KNOW Addie is going to happen. On the flip side, beware of naming your child a common nickname. My sister’s name is “Abby,” but people assumed that Abby was a nickname and called her Abigail so much that she started going by her middle name.

Does the name sound good with the names of my existing children?

My friend’s oldest son’s name is Andrew, and when she found out she was having another boy, the name “Jackson” was at the top of her list. That was until she realized that for the rest of her life she’d be yelling “Andrew, Jackson!” at her boys. Back to the drawing board!

Do I want my child to be left out when searching for a keychain with their name on it?

If you want the spelling of your child’s name to be unique so they’ll be the Linzy in the sea of Lindseys, just keep in mind that the search for a personalized keychain at the zoo gift shop might end in disappointment.

Do I know someone with this name? Do I like them?

This one was big for my husband and me. My favorite girl name just happened to be the last name of a guy we both knew in college – a guy that my husband didn’t really care for. He didn’t want to think of that guy every time he said his daughter’s name, so the name was quickly scratched off the list, much to my chagrin.

Am I “stealing” a family name?

Do you have a cousin who already named her daughter your favorite girl name? It might be ok to have two in the family, but always try to be courteous and ask if the cousin minds if you “steal” the name. And if you have your child’s name “stolen,” remember that imitation is the best form of flattery!

Maybe you love the name Sophia and you don’t care that it’s been in the top five names on the social security list for the past several years, or maybe you don’t want your kid to be one of 5 Noahs in their class. Either way, it’s good to consult the recent top 100 baby names list before deciding!

Is the name famous for the wrong reasons?

Names of infamous fictional characters, historical figures, even names of major hurricanes can taint a name for a long time. Children are ruthless, so try to name you child something that keeps the teasing to a minimum.

What other factors are important to consider?

The First Night in Our New House

Why the Terrible Twos are my Favorite Age