Now, much more so than when I was growing up, I feel like there is so much pressure for kids to do all the things. To some extent, I understand. After all, we introduced our son to baseball when he was just two years old. However, as my son has gotten older (he’s 8 years old) and we have another child (he’s 6 years old), we’ve shifted our mindset.

We initially played all the sports; we practically lived at the playground. Part of that was to expose my kids to a variety of sports, but the bigger part of it came from my concern that if they didn’t play everything, they’d be missing out on something. I felt the same way about other extracurricular activities. There was one year when my oldest was playing whichever sport was in season, in Boy Scouts, Talented Art, Gifted classes, and after school Lego building just for fun. At just 6 years old, my son had barely any free time, and that’s without activities of daily living like bathing and homework. We were running ourselves ragged, and that was just for one child. What would happen as our other child grew up and expressed his own interests?

Last year, our oldest was offered the opportunity to audition for Talented Music as well as Talented Theater. We discussed it as a family and ultimately declined. A few months ago, he was sent home with a packet of words to study if he was interested in trying out to participate in the school spelling bee. Again, we discussed this as a family and decided it would be something to consider for next year. 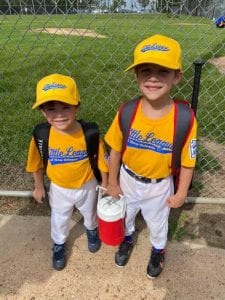 Now, my 8-year-old plays for a year-round tournament baseball team. Baseball is his favorite sport, but this was not a decision we made lightly. We explained to him that if he committed to baseball, he would have to be very selective about the other activities in which he chose to participate. He elected to play flag football, and while that schedule combined with his baseball schedule was crazy, it was a quick season. He decided to take a break from Boy Scouts. When my youngest signed up for soccer, we asked my oldest if he wanted to play. He preferred to sit this soccer season out and make baseball his only commitment. While we would have made it happen if he really wanted to play soccer, we were silently relieved that he opted out.

We used to make it a point to attend every birthday party; now, however, we’re pretty selective in how we spend our weekend time. My kids understand and never argue. They truly cherish time at home sleeping late and staying in PJs through lunch sometimes. They celebrate the birthdays of their close friends and skip out on others. We focus on what’s best for our family, and that means not having jam-packed calendars.

I know there are a lot of parents out there who would argue that it’s best to let kids experience a little bit of everything, and I can understand that. But, for our family, it’s neither practical nor enjoyable. Our boys enjoy their downtime; they practically require it. As a family, we don’t want to have errands and obligations daily. Our children will be well-rounded and interesting individuals because of how we’re raising them, not because of their participation in endless sports and activities. 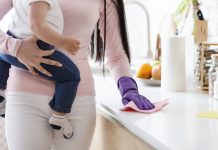 My Kids Helped Pay for Vacation

My Husband Tested Positive for COVID-19