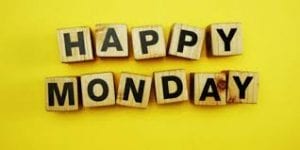 Disclaimer: This post contains zero parenting advice, is not meant to make you envy my life, and will for sure make you feel better about yourself after reading. You’re welcome.

I said I would write about this day as soon as enough time had passed for me to find it funny. I guess I am there. A few weeks ago when school was canceled on a Monday because of an impending hurricane, our little family had a bit of a rough day. Bickering between brothers, more requests than this momma could keep up with, and I had just decided to try intermittent fasting…so I was hangry.

By lunchtime, I had arbitrarily decided that the boys had been on their devices long enough, and they needed to find something productive to do. Some chose to stare at the wall, some chose to eat, while others followed me around asking what there is to do in this house. I eventually sent #4 off to play with a friend, and #1 went for a walk, leaving #2, #3, and #5 aimlessly home. After admittedly, losing my cool, I sent the remaining kiddos outside. I needed a time out, and we had put up a red neck above the ground pool at the beginning of COVID…so in the pool they went.

Once I had spent about 10 minutes in my room gathering my composure and attempting to reboot myself as super mommy, I walked into the back yard to check on my crew. I stood on my back patio staring at the surprisingly empty pool. Did they get out already? If they did, there would be wet bathing suits and towels thrown on my floor exactly where I ask them not to put them. I check the laundry room. No bathing suits. I go back outside.  It’s then that I see a kid in my back neighbor’s yard climbing up their pool slide. I can only see their head, but I’d know that head anywhere…it’s #5. Next, I see #3, and then #2 take their turns. That’s right. My kids jumped the fence into a neighbor’s (who I don’t know!) yard and went swimming in their pool. Awesome. Once I read them their rights, I sent them to their rooms for an hour.

We emerged from the house around 5 pm in search of a change of scenery. The kiddos ran ahead to the next block where a bunch of our neighbors usually hang. As I stroll up the sidewalk, I see a police car park, and an officer walks up to the door of a house. I think to myself, I sure hope everything is ok. As I come to round the corner, I see two more police cars parked and an officer speaking to the 25 neighborhood kids we have here…including #1.

Apparently #1 and a few friends found an old office chair waiting for the trash and were taking turns sitting in it while being pulled by a rope and crashing into the grass. This is what my kids do when I ask them to find something productive to do. An older lady, who I have since learned is probably dealing with some dementia, felt like they were being disruptive so she called the police. Sigh. The officers were very nice and very understanding, but in order to complete their call needed to check with the houses that were reported as “landing sites.” Things seemed to be dissipating until one of the officers came back over to the group to say that even though none of the houses seemed unnerved with goofy teenage boy shenanigans, one of them did report that she had three kids swimming in her pool earlier and did anybody know anything about that. I raised my hand and lowered my head like I was in the third grade being called out by my teacher. I gather the offending children and the officer explains that there is something called “kid jail” and they don’t want to go there. I concur.

So, as the sun sets on a wonderful Monday, I take my four unlawful children and head home. I pour a glass of wine, call for #4 to come home, and rethink ever asking my kids to be productive ever again.

A Covid Thanksgiving: Our Plan.

We Are On the Same Team: A Reminder to My Boys...