Disclaimer: No Kid Is Perfect

Let me start by saying my kids aren’t perfect and I am not the perfect parent. I know my kids and I know how they behave. They aren’t sneaky and they use their manners. Now, do I think that they act differently around friends than they do if adults are present? Absolutely, because I act differently with my friends when my kids aren’t around. Now that the disclaimer is out, let me start the story of the time my child was excluded because of hearsay and the lesson it taught us all.

We picked this house primarily because it was located on a cul-de-sac, in a quiet subdivision, with kids riding their bikes and playing together; we were moving across the country and we wanted our kids to feel safe and have other kids to play within the neighborhood. The minute we pulled into the driveway, a girl the same age as my daughter had already come to introduce herself, and they were off. Things were starting off great. The family across the street had kids our kids’ ages, the end of the cul-de-sac was another family with kids close in age. Perfect. 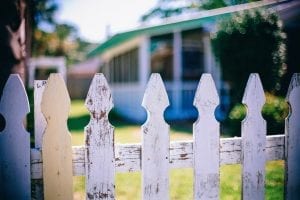 This took place several years ago, my daughter was 11, my son and the neighbor 8, and the younger sibling of the neighbor 3, just to put into perspective of what age groups we are discussing here.

One day a neighbor kid came to the door and asked my daughter to come play. She said sure we will be right out, the girl replied with, “No, just you. My mom said we can’t play with your brother anymore.” My daughter didn’t skip a beat and replied that if her brother wasn’t welcome, she didn’t want to play with them, then shut the door and came and told me what happened. I thought it was weird, said maybe she just wanted a girls’ playdate, but to be sure I said I would send the mom a text. I sent the mom a text recounting what my daughter had told me and she replied with, “Yes we would prefer that your son not play with our kids. M has been saying ‘d*ck’ and when we asked him where he heard that word, he said it was from T, and we do not want him teaching M any other inappropriate words.” I was taken aback. This was not a word we say in our house. Now had it been a four-letter word starting with an “F”, yeah that one I could see slipping out of my kids’ mouths since it slips out of mine more than I care to admit. I asked my kids about this and they both adamantly said it wasn’t true, my son in tears saying he never says bad words. I had images of A Christmas Story in my head of Ralphie blaming Schwartz for his slip of the F word when clearly it had been learned from his father. I calmed my son down and told my kids that I believed them, but if those neighbors didn’t want to play with them anymore, then that was fine.

Admittedly I was angry, this has been several years ago and I still don’t believe that M heard that word from my son. I am still upset that this mom told the other moms in my neighborhood that my son said that word. This was a good lesson for my kids; they learned that one person and what they say about you can affect what others’ opinions of you are. We also discussed that even though being with friends is a place where we all feel free to say what we want, be mindful of your audience. What is said in assumed confidence may not be kept there.

These neighbors have moved, my son has probably forgotten about this issue, hopefully, the other people who were told my son was a potty mouth have seen for themselves that he is a respectful, kind, fun kid. It isn’t a fun position to be put in when someone accuses your kid of something, but maintaining an open line of communication with your kids, reassuring them that if they did do something they aren’t supposed to, that lying or trying to cover it up isn’t the right option and taking responsibility for your actions is the right and important thing to do. 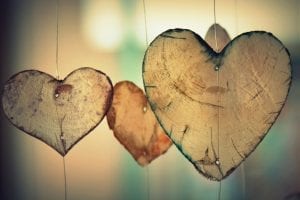 Why Listening At All Ages Is Important