Well, Here We Are

Carrie Underwood said it best, “Jesus take the wheel.” Y’all, how am I already here? It really feels like just yesterday she was driving her Dora the Explorer Power Wheels and running over everything in her path. We’ve come a long way since then; she’s now a very good student driver. 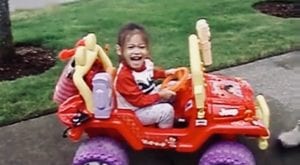 Like so many other things, traffic safety classes have changed since our generation took them. My drivers’ ed class was an actual high school class taken over the course of 9 weeks, taught by the woodshop teachers. There was a classroom portion and then there were the drives: the drives happened during class with you and two classmates. We drove around neighborhoods in an old Ford Taurus, our teacher had a brake and gave us feedback on our drives.

Prior to our class, we obtained our learner’s permit (as long as you were 15 you could get your permit). With the permit, we were allowed to practice driving with any adult (over 18 person) who would let us. After finishing the course and turning 16, we went and waited anxiously at the DMV for hours to take a written and driving test, to get the most coveted part of adolescence: your driver’s license.

Louisiana has a graduated licensing program, starting with the TIP (temporary instructional permit) and eventually a full license. I was a little taken aback when I learned that 1.) Driver’s Ed is taken privately and 2.) It costs about $500 for the class.  Like all things 2020, COVID closed down driving schools, so my daughter was already 16 when she was able to take a class. In order to take the class, the student is required to have a TIP. This is obtained at the DMV and is $32.25, no testing is required, just a few identification forms. The class took place over winter break, it was three 8 hour classes and four two-hour drives, the drives are scheduled either concurrently with the class or following. There aren’t many instructors, so for us, the driving portion took almost a month to complete. A written test is given on the last day of class.

Once the drives are complete and the student has passed the written classroom test, you return to the DMV to trade your TIP in for an actual permit, which can be used to practice driving with a licensed adult 21 years or older or a licensed sibling 18 years or older. A learner’s permit is required to be held for 180 days. 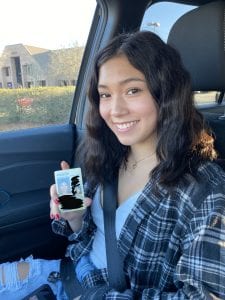 After your student driver has completed their classroom and drives, held their permit, and practiced for at least 180 days and a minimum of 50 hours, it’s time to head back in to the DMV and apply for the real deal. But wait, there’s more. Once your child has completed the aforementioned requirements, they must also pass a written and drive test at the DMV. Following the passing of the test and the drive, they are able to get their intermediate driver’s license, which is a driver’s license with some restrictions, such as who can be in the car with them and what times they can be on the road.

At 17, your now very well-practiced child can have their real, full driver’s license and all the responsibility and privilege that goes along with it. While the road to the real driver’s license seems long and full of twists and turns, the ultimate goal is to have your new driver be fully prepared and safe when they get behind the wheel alone for the first time. A huge milestone for teens and their parents. 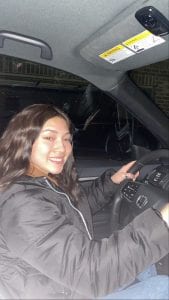 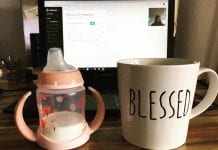 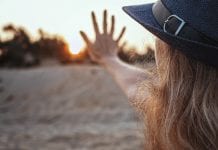 Sleepovers Are The New Girls Night Out

The Hardest Time to Live Away From Family