Let me state this plainly: I am not a beach person.

Does the beach have any redeeming qualities? I think not. Let’s start with the sand. It’s like itchy glitter: once you touch it, you will find it all over you and all your possessions for the rest of your day, if not longer. It stings when the wind blows and gets in your food and babies don’t understand why wiping their sandy tongues with sandy hands multiplies the sand in their mouths tenfold.

Then there’s the sun. My fair Irish skin starts burning if I even think about the sun. And there’s nowhere to hide from it at the beach. I can’t apply sunblock often enough, setting timers so I don’t forget, scooting around on towels to try to keep myself under the umbrella’s shade.

And the ocean? This is the worst part. It’s more than just not liking the water. I’m genuinely scared of natural water– thalassophobia– which started when I was in kindergarten and my teacher stepped on a sea urchin. If I can’t see my feet, I don’t want to be in it. Clear water is honestly not that much better. I’ve tried Hawaii, the Bahamas, Cozumel… I just don’t want to be in it. What lurks just beyond what I can see? Pinchy little crabs? Jellyfish? Stingrays? I don’t want things unknown touching me. Let’s not even get started on the concept of riptides.

But as a parent, I especially don’t want my children to not like something because of me. I don’t want my kids to never eat peas because I don’t like them, so I serve them. I don’t want them to never go in the water because I’m scared of it, so we go to the beach and encourage splashing around. I get in the water as much as I can handle and put on a smiley face.

So to the Beach We Go

Considering my parents have a dream beach house in Waveland, MS, I’m slowly acknowledging that we’re going to become beach people, whether I like it or not. So to the beach we go. My three year old was a happy splasher as a baby but is much more hesitant nowadays. He takes a lot of encouragement and needs his own time to warm up to the idea of getting wet. But this boy loves the sand. He loves to dig and play and build and is right at home in the horrid grittiness. So to the beach we go. My ten month old is fearless and a fan of sand, sun, and sea. He just wants to do everything big brother does, and as determined, big brother is a fan of the beach. So… to the beach we go. 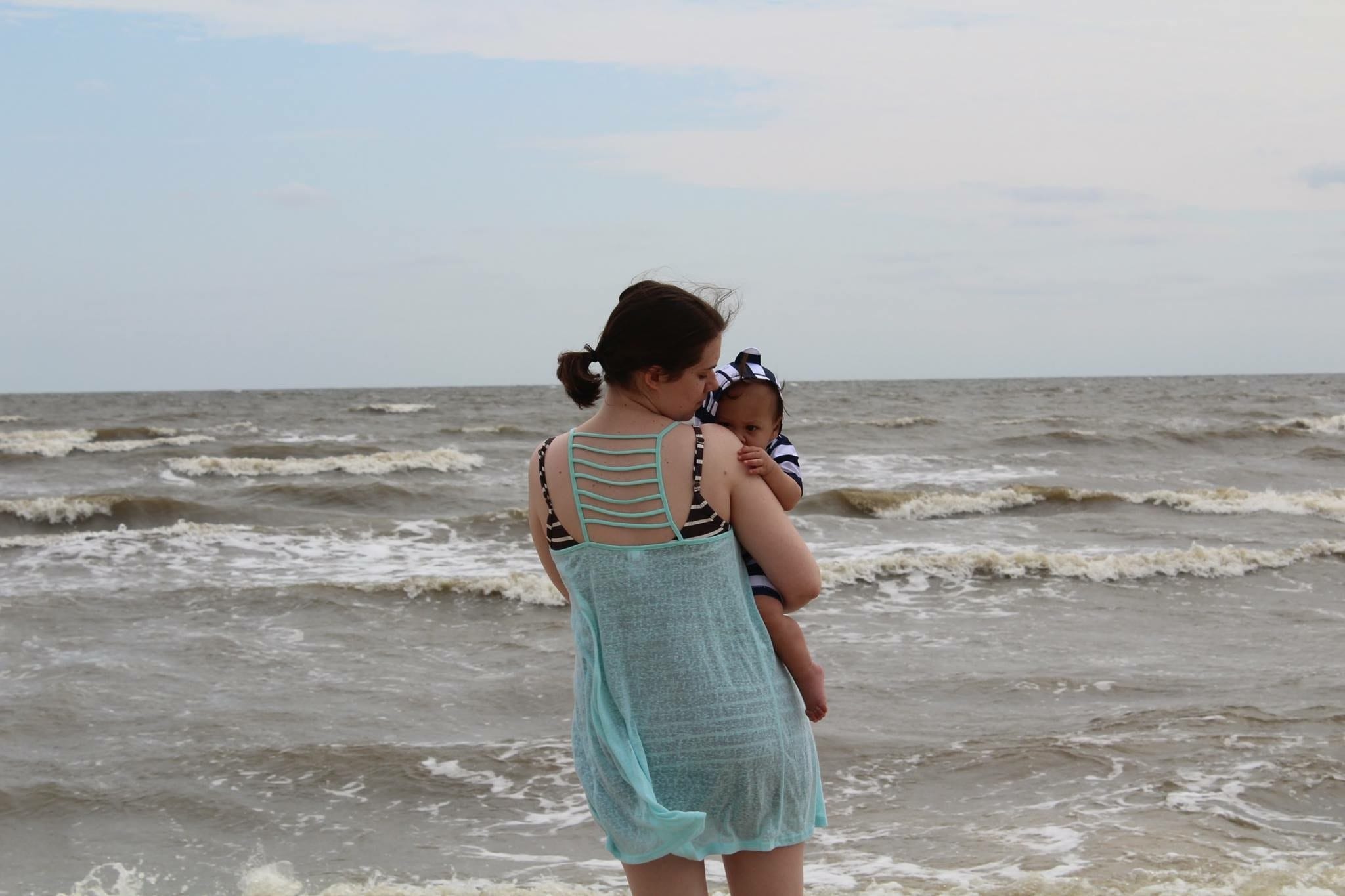 One of my favorite pictures is a candid shot taken by my sister on my oldest son’s first trip to the beach at seven months old. He looks so small in my arms as I hold him and face the gulf, which scares me so, but I want nothing more than for him to be better than my fears. The picture strikes me as about so much more than being at the beach. It’s all of parenthood captured in one shot– wanting so much for your children, wanting them to never be held back by what holds you. It’s a picture of me standing before my fear, child in my arms, ready to conquer it for his sake, if you will. A bit of a dramatic interpretation, perhaps, but that’s what I see in the picture. 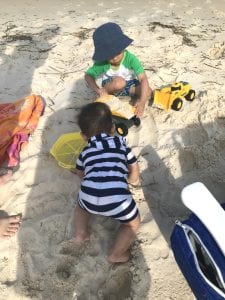 Raising beach babies when you’re scared of the ocean is not that much different from parenting in any other situation. You do what you have to do– even if you don’t want to– even if you’re scared– because you want the world for your children. You want everything to be better for them. You want it for them no matter the discomfort to you.

I’m not a beach person… but I will be for my beach babies.

My Week With Shingles: Perfection is the Enemy of Good

Pregnancy Brain … Laugh it Off!