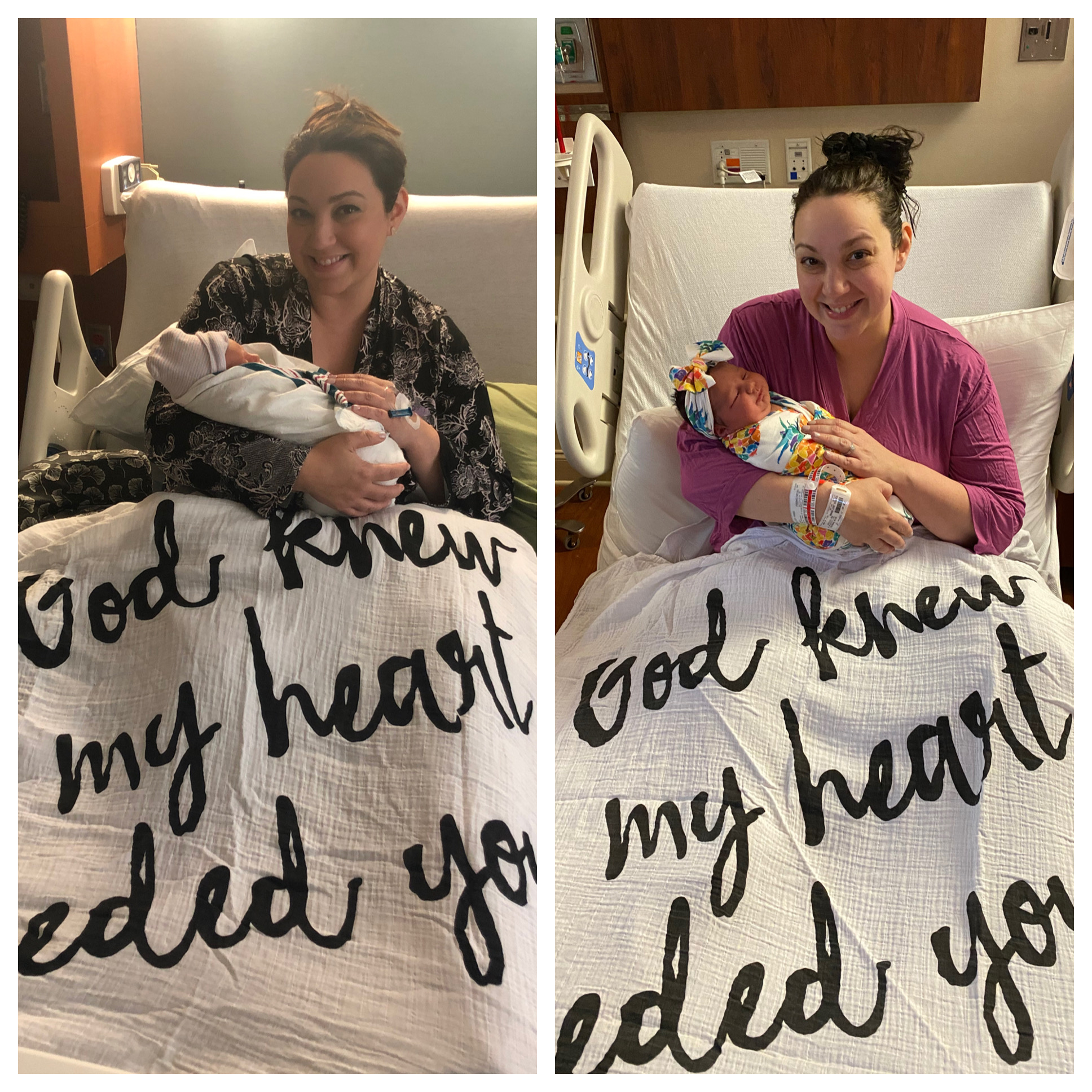 On the left is a brand new mom who ordered that sweet little “God knew my heart needed you” blanket as soon as she found out she was expecting. It was neatly packed in her hospital bag shortly after she started her third trimester, along with every other item from  pregnancy blog checklists like “What Every New Mom Must Pack in Her Hospital Bag.” Her hair is fixed — well, as fixed as it could be from the hospital bed where she was confined for 24 hours post-delivery while on a magnesium drip (thanks, gestational hypertension). She even has makeup on because, in that pre-Covid world, her mom and sister arrived in the hospital room as soon as they were allowed in and she had a baby-free moment to put herself together while they were soaking up baby snuggles. She’s tired from the little sleep she had during her 33-hour labor, but the surreal feeling of finally holding this little person she’s dreamt of her whole life is buoying her through the exhaustion. She has no idea that the new mom nervousness she’s feeling is about to morph into postpartum anxiety (PPA) in just a few short weeks. She knew to watch out for signs of postpartum depression (PPD), but that anxiety arm was never really on her radar. (She will get through it with some talk therapy and medication though.) She is eager to get her little family home and start settling in together.

There’s a flood of emotions, but most of all, she just couldn’t be happier to be holding that baby.

On the right is a second-time mom who hurriedly stashed that blanket in the hospital bag while they were packing for an induction they’d been given less than 10 hours notice of (thanks again, gestational hypertension). She would’ve packed sooner, but parenting a very active 1-year-old made it easy to keep pushing a hospital bag to the back burner. Her hair is wet from a quick post-delivery shower — thank goodness this delivery was much smoother than her first and she was able to shower on her own just a few hours afterward. There’s no makeup on her face because (1) she has lived in a perpetual state of exhaustion as a pregnant mom of a toddler and (2) Covid saw to it that there would be no visitors dropping by to meet the new baby. Plus, with just her and her husband there to care for the baby, her hands are full anyway. Those circles under her eyes are the real deal. Her robe is wrinkled, but she’s just relieved she remembered to pack it and the cute pineapple swaddle at all in the shuffle of trying to transition from a one-child home to two. This time around, she’s acutely aware of signs to be on the lookout for where PPA & PPD are concerned. She is missing her older babe terribly while he’s at home with his grandmother, and she’s eager to get her new sweetheart home to meet him.

There’s a flood of emotions, but most of all, she just couldn’t be happier to be holding that baby.

Being a mother has changed me so much, in big ways and small ones. Seeing those photos side by side really drives that point home. Hindsight is 20/20 and it’s easy for me to look at that first photo and see how very much I had yet to learn — and at only two years in, I know I still have so much more. But it’s also easy to look at the second photo and see how much more comfortable I am now in the less-than-picture-perfect, very messy trenches of motherhood.

Motherhood’s not easy and it’s certainly not always pretty, but isn’t that the beauty of this reality of ours? That even in the midst of exhaustion and emotions and everything else we mothers carry… it all comes down to what we are holding closest to our hearts.

What do you wish you could go back and tell yourself as a new mom? 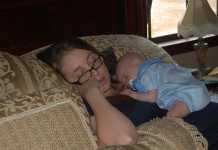 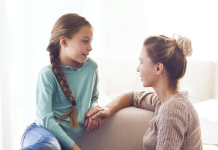