This past Saturday, LSU and UT faced off in what was arguably one of the top five non-conference games of the season. During a break to review a catch and possible fumble with 3:43 left in the game, the camera cut to an upset UT fan. Teary-eyed with hands on his head, it was clear he was passionate about his team. Emotions were running high. As the cameraman cut away only to come back at a better angle, college football fans got a better view of the red-faced UT fan. It soon became apparent that he was a child, yet that did not stop the crew from focusing on his face. Nor did it deter social media users from turning the image into cruel memes. Even ESPN tweeted a shot of the child captioned, “Live look at Longhorn fans.”

I’m a lifelong Tiger fan. I’ve done my fair share of heckling and chanted, “Tiger Bait!” more times than I can count. I wanted LSU to crush UT like everyone else. I enjoyed watching Matthew McConaughey curse angrily in his cowboy hat following an LSU touchdown (then again, I enjoy watching him do just about anything alright, alright, alright). But I did not enjoy the footage of this child who looks no older than twelve. His friends saw this. His image has made its way onto social media never to be erased. It will take a long time for him to live this one down. He’s going to school Monday, and his peers (and teachers) will have seen a very raw, vulnerable side of him that he likely never intended for millions to see in this manner. I hope his friends laugh it off and think it’s cool that he went viral, but I’m thinking he won’t be that fortunate.

Did his emotions get the best of him? Yes. Was his reaction a little over the top? Maybe. But he’s a child. This is what kids do. They’re still learning how to express their emotions, and there’s nothing wrong with that. Hell, I’m still learning how to express my emotions. But is this really a lesson he needs to learn on national television? We don’t need to send the message that vulnerability is wimpy and worthy of ridicule. We shouldn’t be circulating memes at his expense. At best it’s ignorant, and at worst, it’s cyberbullying. Isn’t this the kind of stuff we tell our own children not do do? I have two boys. We talk all the time about feeling our feelings, naming those feelings, that it’s okay to show emotion, and that sometimes those feelings take over. Mocking the UT kid directly conflicts with what we’re teaching our children. We need to do better. We can demonstrate mindfulness and good sportsmanship and still say, “Geaux Tigers!” 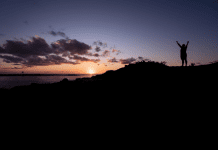 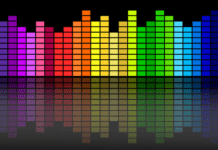 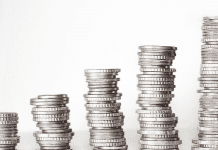